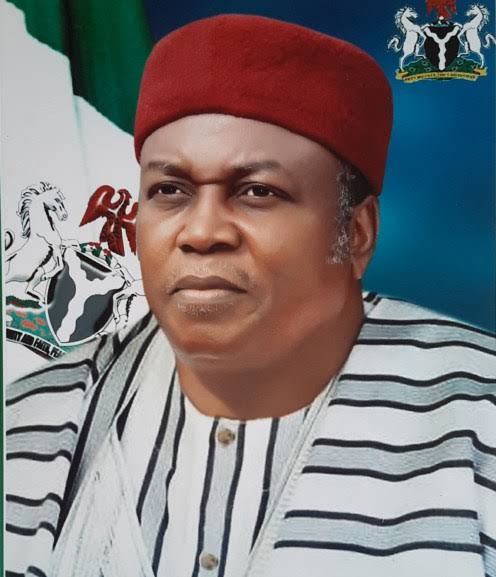 The absence of the Taraba State governor, Arc Darius Ishaku, who was last seen in rge state on December 19, 2019, has continued to generate heated controversy among stakehokders in the state, writes BENJAMIN AWUA.

There has been rumblings among the people of Taraba State over the continuous absence of their governor, His Excellency, Arch. Darius Ishaku, from the state, which some critical stakeholders have described as a political and administrative mess that has stagnated development and made governance to be in complete shambles.

Some people on the streets of Jalingo, the state capital have stated that the governor’s last official outing was said to be on the 19th December, 2019, when he presented 2020 Appropriation Bill to the state House of Assembly.

Manyof the opinion that governor Ishaku fled to Abuja on 22 December, 2019, and has not returned to the state since then, which according to them, had made governance stand still.

A resident of Jalingo said, “Government activities have practically crumbled, nothing is moving.”

Recall that earlier this month of February, 2020, the chairman of the main opposition party in the state, the All Progressives Congress, APC, Barrister El-Sudi, said he would sue Mr Ishaku to court of over his unceremonious disappearance from the state if the state House of Assembly failed to invoke constitutional provisions to address the vacuum that existed as result of the governor’s disappearance.

Mr El-Sudi alleged that Ishaku abandoned the state for over 55 days, without transmiting any letter to the state House of Assembly intimating them of his sojourn, adding that the governor ought to have handed over power to his deputy, Mr Haruna Manu, before embarking on any trip that could take him more than a week.

El-Sudi said, “Everybody, as well as the governor knows that he has committed an impeachable offence.”

Some senior civil servants at the Government House, who spoke on condition of anonymity, lamented the confusion and the lack of direction the state has found itself in and prayed God to save Taraba from this unseemingly quagmire.

One of them said, “This is certainly not the best of times for Tarabans. But we hope and trust in God Almighty for divine intervention.”

Other critical stakeholders in the state lampooned the government and the PDP in particular, for the present morass and called on the state government officials and the party to as a matter of fact explain to Taraba people the whereabout their governor, as they pointed out that since December, 2019 till date only two state Excutive Council meetings were held, whereas it is supposed to be held weekly.

However, the Senior Special Assistant on Media Affairs to Governor Ishaku, Mr Bala Dan Abu, debunked the accusations and dismissed same as lacking base and facts, saying that the governor could govern Taraba State from anywhere, even from Abuja.

While denying the claims of some persons that government activities had stood still as a result of the governor’s prolonged absence from the state and official governemnt matters, Abu said that, all the commissioners and Permanent Secretaries in all ministries and agencies had been meeting with his rhe governor in Abuja on a regular basis.

He said, “Salaries are being paid as when due, projects are also going on. State excutive council meetings are held regularly. The deputy governor has been presiding over such meetings.

Mr Abu, however, advised the opposition parties leaders, particularly the APC, to channel their energies to meanigful issues that could fast track peace, unity and development to the state and desist forthwith from trying to bring division and confusion to the state.

The next few days, however, will determine the next line of action of stakeholders in Taraba State, an an uneasy calm has pervaded the entire state, especially, Jalingo, the state capital.