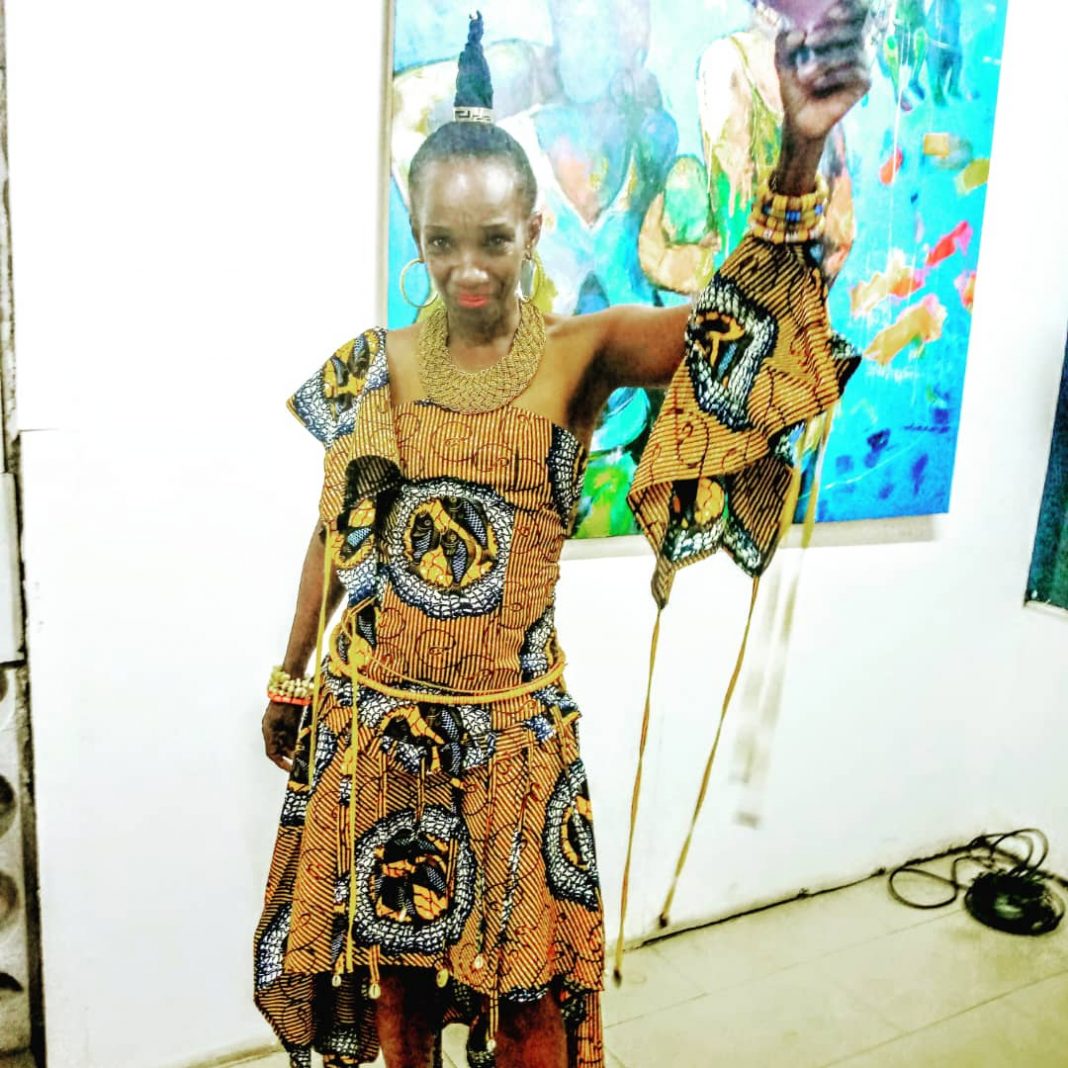 The atmosphere at the Bogobiri Event Centre, in Ikoyi, Lagos was at the weekend captivating as dancer and musician, Latoya Aduke serenaded with her performance.

Latoya and her seven-man band, all the way from Ijebu-Ijesha in Ogun State, came to Lagos for a musical performance tagged ‘Latoya Aduke Live At Bogobiri’.

Before she was introduced by veteran artiste and Fela Kuti’s pianist, Duro Ikujenyo, another artiste, Sinmi Jay, serenaded the audience with his three-man band, called Gbadun Band, singing songs about Lagos life and its challenges – hunger, demolition and other issues, using folklore and other genres to pass his message.

Latoya and her Osun Fokobale band really thrilled the audience, some of which included white men and ladies dancing to her songs.

She began with the night performance with a balad – ‘Four Women,’ by the great late Nina Simone and sang ‘Adun,’ one of her songs, written over 20 years ago.

For Latoya, who is an American, but is at home with African music, singing it as if she was born with it, speaks volumes of her versatility.

She noted that she has been living in Nigeria for 21 years. She sang the popular song, ‘Eje Ka Rele,’ meaning Let Us Go Home, emphasising on the need to know our source and have an identity.

After all the labour, it is time to go home sounding philosophical.

‘Ise Owo’ and ‘Ololufe’ were other songs that serenaded the audience, with Maria Rodrigo, a clothier and other white women from Louisiana, America danced hilariously to the music.

While the performance wore on, iconic musician, Orlando Julius, came in and he was introduced by his nephew, Dotun Ekemode, a musician himself.

The atmosphere revved to a higher level as O.J joined in the music as beautiful rendition blared out from his tenor saxophone. It was really a delight to see the legend, who just came back from performing in Mexico.

Those that made up the band include: Tobi, the percussionist; Temitope the talking drummer; Emmanuel, the keyboardist; Segun A.S Bass, the bass guitarist and band leader, Oluwaseun, the saxophonist, Michael Adefolaju, a trumpeter of repute having played for Ras Kimono, Tony Allen, Beautiful Nubia and Steve Rhodes.

Guests that came include Muyiwa Majekodunmi, the founder of Jazzville among other dignitaries