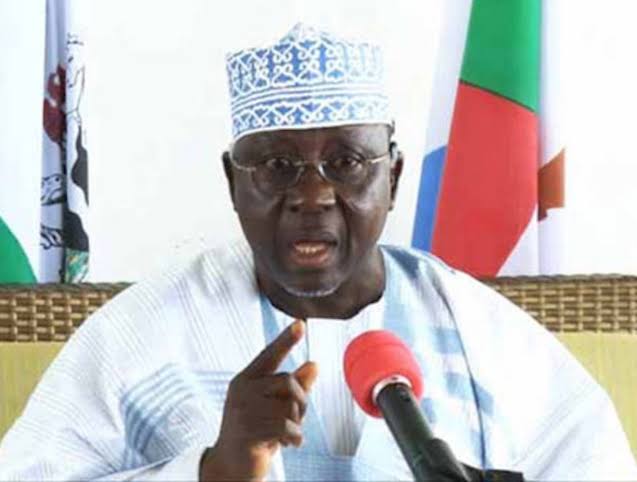 Facebook
Twitter
Pinterest
WhatsApp
Email
Immediate past governor of Nasarawa State and the senator representing Nasarawa South senatorial district, Senator Umaru Tanko Al-Makura, on Wednesday distributed 3,000 bags of rice as palliatives to the less privileged in his senatorial zone to cursion the effect of the curfew placed by the state government, ocassioned by the coronavirus pandemic.
Presenting the palliative items in Lafia, Al-Makura said his gesture was to cushion the effects of the stay-at-home order of the Nasarawa State government, which is aimed at containing the spread of the pandemic in the state.
He said, “It is in line with the laudable efforts of the Federal and the state governments; and indeed other spirited individuals that I feel as a senator representing Nasarawa South senatorial district I should also extend my support by way of giving palliatives to the people of my constituency, no matter how little.”
Expressing optimistic that the palliatives would go along way in alleviating the sufferings of the people, especially during the period of the Ramadan fasting which will commence soon, Al-Makura said, “I have admonished officials who are going to distribute the palliatives that it is not a free for all. They should look for people with the most harsh situation. People with greater challenges within those wards and I believe nobody is in a better position to know than the councillor representing that ward, they know everyone.”
Al-Makura’s breakdown of distribution of the palliatives showed that 50 bags would be distributed to each of the 53 wards in Lafia, Doma, Obi , Keana and Awe local government areas in the senatorial district.
He also added that apart from the palliatives, he had made provision for continuous sensitisation of his constituents, especially on physical social distancing principle, washing of hands, avoidance of handshakes among others, to prevent the spread of the virus.
“On the issue of persons living with disabilities in my zone, I am specially going to create their sharing arrangements shortly after this has gone to the various wards in the constituency,” he concluded.