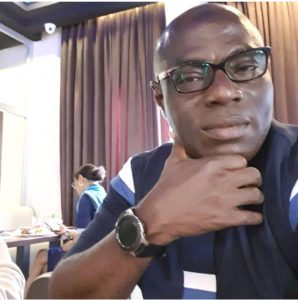 A notable chieftain of the Peoples Democratic Party, PDP, In Oyo State, Alhaji Adebisi Olopoenia, has raised an alarm over threat to his life, saying that a factional leader of the National Union of Road Transport Workers, NURTW, in the state is planning to assassinate him, adding that a suspect who came to spy at his Basorun, Ibadan residence, was arrested by the police on Saturday.

Speaking with journalists in Ibadan on the heels of the Saturday midnight kidnapping of one of his political aides, Musiliu Muili, and the consequent arrest of a spy at his Basorun residence, Olopoeyan said with these latest developments, his life is in serious danger and appealed to security agencies to come to his aid.

Muili was kidnapped at his Egbeda residence, but which later turned out was an alleged arrest by the Intelligence Response Team, IRT, upon a petition from the factional NURTW leader. He was however, later released unconditionally, after nothing incriminating was found on him and his house.

Olopoeniyan said, “I was about going to bed last night when I got information that Muili, popularly known as Ajanaku had been kidnapped in his Egbeda home. He was said to have been taken to an unknown destination around 11 p.m.

“I remember I got a call from his family around 11:41 pm. He was said to have opened the door for them when they attempted to remove the burglary frame. They had told him they were policemen. They parked their Hilux Jeep far away from his house. They later came back to collect the wife and children’s phone.”

Olopoenia disclosed that this was not the first time attempt would be made on his life, adding, “I am not a member of NURTW. I don’t even have anything to do with it. How I became a target is what I don’t know. This same Ajanaku was once kidnapped. Only yesterday morning (Saturday) my people arrested a boy, Odunayo, who had come as a spy to my house. He later confessed who sent him and we have handed him over to the police.

“I know those who are behind this. They are close to government. In due course, we will expose them. I am about submitting my petition to relevant agencies.”

On Muili’s arrest, Olopoeniyan alleged that the kidnappers came with a Hilux Jeep belonging to the Intelligence Response Team, IRT, adding that the leader of the team, Mr. Abba Kyari, is not known for such unprofessionalism, adding, “Kyari is a good man and I know he would not tolerate such unprofessionalism.”

He added, “When the team got to know that the petition was a fictitious one, they have released Muili, but the spy still in Police custody to unravel those behind this assassination bid. I want to implore the security agencies to act fast because my life is in danger.”