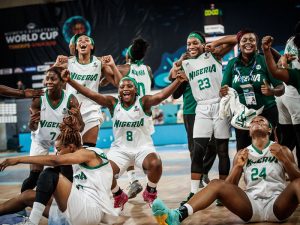 For qualifying for the 2020 Tokyo Olympics, President Muhammadu Buhari has felicitated with the national female basket team, D’Tigress, even as he urged them to remain focused, determined and energized for a good outing at the tournament.

In a press release signed by the President’s Special Adviser on Media and Publicity, Femi Adesina, the President commended the sportsmanship and resilience of the team all through the qualifying stages, and in their trainings, and saluted their courage in always putting out their best as they represent the country.

As the current African champions, President Buhari believed the D’Tigress already has the talents that could make global impact in the sport, assuring that the Federal Government would ensure proper preparation and mobilization for all outings.

President Buhari also commended the team officials and the Nigerian Basket Ball Federation, NBBF, for the discipline and motivation of the D’Tigress.