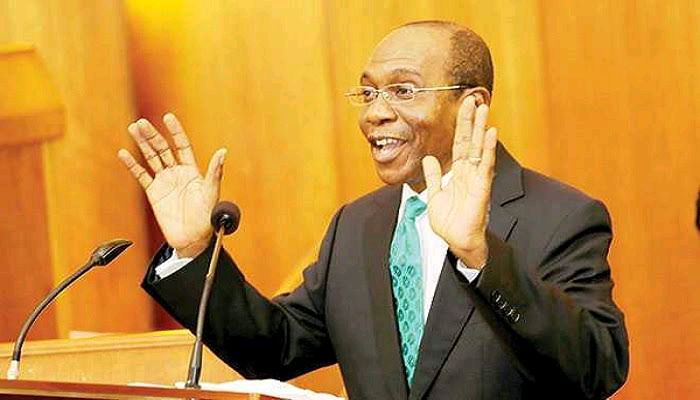 In the midst of the raging controversies surrounding the alleged printing of about N60 billion by Nigeria’s apex bank, the Central Bank of Nigeria, CBN, said that it is its duty to print money, it however clarified that any money printed is loan to the government.

Governor of the CBN, Mr Godwin Emefiele, said the printing of the naira, in economic parlance, was simply giving loans to the government.

He averred that for instance, some years back, the CBN printed money and advanced loans to the 36 states to pay salaries, so that they can be afloat.

Emefiele said, “Nigeria is unfortunately in a very bad situation, I’m not going to pretend about it in the sense that we are facing problem about productivity output, which is GDP. Luckily we managed to just come out of it with a hairsbreadth, and we are working to see how not only to have our head above water, but get our waist above water. That is what we are focused on right now.

“We are also confronted by issues of inflation and prices, and the rest of them, and so for us to begin to see that some people playing some games and trying to come up with overheating the polity, talking about printing of money. I think it is very unfortunate and totally inappropriate.”

Emefiele’s reaction was coming on the heels of claims by the governor of Edo State, Godwin Obaseki, that the Federal Government printed about N60 billion to shore up March 2021 allocation for distribution to the three tiers of government by the Federal Account Allocation Committee, FAAC.

Responding to Ahmed’s denial, Obaseki in a statement made available in Benin City, said, “Our advice is that we stop playing the ostrich,” adding that the government should take urgent steps to prevent the economy from total collapse.

He had said, “Rather than play the ostrich, we urge the government to take urgent steps to end the current monetary rascality, so as to prevent the prevailing economic challenge from degenerating further.’

“When we got FAAC for March, the Federal Government printed additional N50 to N60 billion to top up for us to share.

“This April, we will go to Abuja and share. By the end of this year, our total borrowings are going to be within N15- to N16 trillion”.

Ahmed had told newsmen after the Federal Executive Council, FEC, meeting in Abuja that what was distributed at the monthly FAAC meetings were generated revenue from government institutions, available to the public at the ministry’s website.

“The issue that was raised by the Edo State governor, for me is very, very sad. Because it is not a fact.

“So our debt currently at about 23 per cent of GDP and it is at a very sustainable level if you look at all the reports that you see from multilateral institutions.”

“Most countries in the world today are confronted, not only by the challenges coming from the COVID-19 pandemic, but other issues causing economic crisis and the rest of them.

“What I keep saying is that it will be irresponsible for the CBN or any other federal reserve bank to stand idle and refuse to support its government at this time and what is being done is being donei inany clime.”