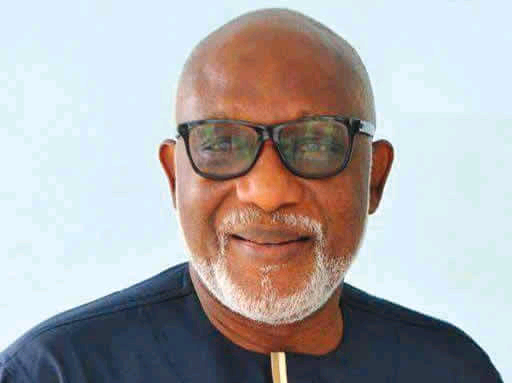 This was contained in the report of the findings of the survey on budget transparency and performance by states by Civil Resource Development and Documentation Centre, CIRDDOC, released on Wednesday.

In the report, Jigaww State came top among the 36 states on Budget Transparency Index 2020 ranking, with Ondo coming second.

The survey, which was funded by the Foreign Commonwealth and Development Office, FCDO, formerly known as DFID/UKAid, was implemented by CIRDDOC.

In a statement, the Ondo State Commissioner for Information and Orientation, Donald Ojogo, quoted CIRDDOC’s Lead Researcher, Engr Ralph Ndigwe, as saying that the ‘2020 Nigerian States Budget Transparency Survey’ showed impressive performance by most of the states in their score along various perimeters.

The report indicated, “On public availability of key budget documents, an overwhelming majority of states improved their 2020 scores on the State Budget Document Availability Index.

“While Jigawa State continued to be at the top of the sub-index, Ondo and Kano States ranked second and third with scores of 86 and 80 respectively.

“Akwa Ibom, Ekiti, Ebonyi, Kaduna, Kogi and Ogun states all scored above 60 and provide a signIficant amount of budget information.

“The worst performers were Zamfara and Oyo states with scores of 21 and 5, respectively. Oyo State, in particular, made no budget documents available online; after careful search, none of the links on the state’s website for their budget documents worked.

“Nine states had lower score than in 2018, of these nine, five saw their scores drop less than 10 points. This is due to these states not publishing documents online that either were previously made available on request (namely Lagos and Niger states) or previously posted on their site (Delta State).

“The majority of these improvements in opportunities for public participation occurred during the formulation stage of the budget process; spaces during budget execution and audit remained minimal, at best.

“According to the report, several states also used town-halls for the first time, following recommendations of the 2018 report. 16 states scored between 20 and 60, compared to only 10 states in the 2018 edition.

“Less than half of states scored below 20, meaning they provide very limited spaces for budget process. In 2020, only two states, Adamawa and Zamfara, had no mechanisms for the public to be involved during the budget process, compared to nine states in 2018.

“Public access to procurement information; the procurement in Nigerian states continued to be more robust and open than in previous years. These changes were welcome, since prudent public contracting is crucial to ensuring funds are spent efficiently and effectively to combat health and economic effects of COVID-19.

“The average score of the 2020 State Procurement Process Index increased to 40, nine points higher than the 2018 average of 31.”

The report added, “While all states were found to have some form of public bureau to guide the procurement process, 32 states have a formal form of bureau of public procurement, a significant increase from 21 states in 2018.

The report however made some recommendations, which states should develop plans to answer how transparency, accountability, and participation can help them achieve their macro-fiscal objectives and developmental priorities beyond States Fiscal Transparency, Accountability, and Sustainability, SFTAS.

It added, “While States Fiscal Transparency, Accountability, and Sustainability, SFTAS, has developed objectives and outcomes, discussions still need to be held on the volatility of the online publication of budget documents and the continuity and sustainability of improvements in budget transparency over time; states should identify concrete links between each transparency, accountability, and participation and the macro-fiscal objectives identified in their State Development Plans, SDPs.

“CSOs need to fulfill their role within the accountability ecosystem by advocating for greater budget transparency, accountability, and participation in the budget and procurement processes to ensure the sustainability of current reforms beyond SFTAS.”

Speaking at the presentation of the survey findings, the Chairman, Dr Otive Igbuzor, called for an open budget for Nigerians to have easy access to and also participate in the process.

He said, “The budget process should be open to all Nigerians, and whoever is interested in the development of Nigeria must join the movement for the open budget in Nigeria

“It is however gratifying that the report being presented today indicates that there is progress and that overwhelming majority of states improved their 2020 scores on the state budget document availability index.

“In particular, Akwa Ibom, Ebonyi, Ekiti, Kaduna, Kogi, and the Ogun states all scored above 60, and provide a significant amount of budget provision.

“It also shows that several states used town-hall for the first time, and the procurement process continued to be more robust.”

In a goodwill message, a representative from Foreign Commonwealth and Development Office, FCDO, Sam Waldock, commended states for their performance as indicated in the survey, saying, “The UK is absolutely delighted to have supported this and the last three editions of it.

“We supported it because we believe budget transparency matters, and the way it matters about the citizens, and how they trust the government on how all these monies got used.

“But in the year of the pandemic, COVID-19 has created huge pressures on governments across the whole world, and there will be a lot of expectations on how much money will be maximised.

“We know how COVID-19 has impacted significantly on countries all over the world, and Nigeria has been part of it; the lockdown, but has brought down revenues of governments, but it involves opportunities on the budgets to make it.

“Budget transparency in the states has improved. Budget processes are now inclusive. UK is very proud to be part of this journey. We knew that this report is well-timed.”

He, however, called on civil society organisations, CSOs to hold state governments accountable, and also more citizens’ participation for much-needed trust in the area of information sharing and get them involved in the budget process.

Also, a representative from the World Bank, Sabah Raschid, said, “Transparency, accountability, and participation are critical in the budget process. The government is expected to put infrastructure in place to be able to deliver public good to their citizens.

“There has been an improvement from 2015, 2018, and 2020 with many states really moving up. All the states have maintained strong performance.

“Last year, not just pandemic that hit Nigeria, but there was a decline in resources, and this was informed because it had a direct link with the budget, and the credibility for the budget to meet its target needs good leadership declared for its citizens.”