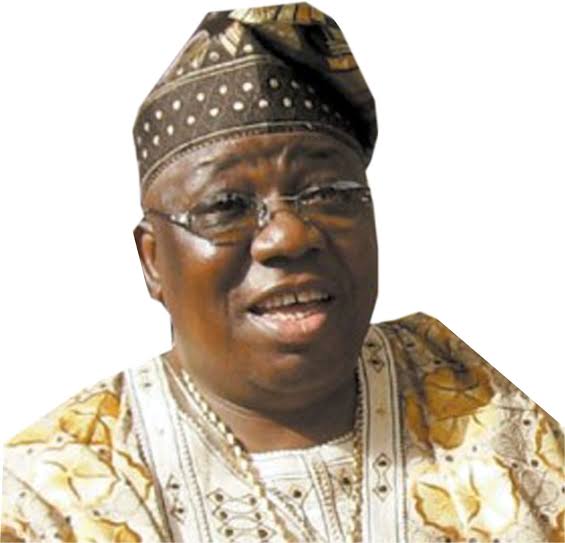 Zodiac, the only thing I had in common with Fuji music creator, Dr. Sikiru Ayinde Agbajelola Balogun Barrister, belongs in antiquity now. But it feels good to share with Barrister, the same birth month, February, which confers the same zodiac sign, Aquarius, on us both.

Today, however, astrology has unravelled as a pseudo-scientific art that can’t provide real solutions to the challenges of hunger, war, insecurity, unemployment etc blighting the modern world.

The zodiac is the only commonality between Barrister and I; while Ayinde’s voice was honey-sweet, mine is bile-bitter. While Ayinde was a musical hero, I’m a musical error. In my family, I was almost called Toad de Croak – on account of my keyless voice.

But while he lived, I didn’t dislike the music of Ayinde, I hated it. And two reasons accounted for my abiding disgust for his music. The first reason was my nausea for Barrister’s excessive self-praise, which to me, bordered on noisome vainglory and pompous superiority.

Greatness doesn’t jump in people’s faces to demand recognition; greatness cocks the ears, pops the eyes and wows the mouth.

The second reason for my loathing Ayinde’s music was my proclivity for siding with the underdog. As young as I was then, I felt Barrister wasn’t fair with his genius. I believed he was a ruthless emperor, who wasn’t ready to suffer his childhood friend and kinglet, General Kollington Kolawole Rasaki Ilori Ayinla, gladly.

Issuing from this background, I always felt irritated as a teenager whenever I heard Ayinde delve into the pool of self-importance, reeling out truckloads of his unending names and cognomens such as Sikiru, Ayinde Ogun, Adeyimika, Barrister, Olokunola, Barusati, Dedegbo, Elekun, Adakeja, Agbajelola, Ololade, Olanbiwonninu, Abinuwaye, Balogun etc and rounding them off with the profuse praise of his mother, Olubisi Odere Subuola Sifau omo Salawe Oshodi of Nupe Tapa ancestry in Niger State, almost in every song.

“Doesn’t this man have nothing to sing about except himself and his pepper-seller mother and butcher father?” I would fume anytime I heard Barrister showering praises on himself, his mother and his Ibadan paternal ancestry.

As far back as the early 1980s, I verily knew that Kollington didn’t possess the musical understanding, lyrical flair, oratorial wit and discursive depth of Barrister, but I stuck to Kollington because I felt Barusati was defying the Igbo proverb that says, “Let the eagle perch, let the hawk perch: if one says the other should not perch, let its wings wither.”

Raised as a fake ‘ajebo’ in a Lagos family, passers-by often wondered what was wrong with me whenever I parked my glittering silver-spoon ‘Chopper’ bicycle by the roadside to listen to Kollington’s newly released songs. Then, Fuji was largely seen as unrefined ‘ras’ music.

I don’t blindly support the underdog without a reason even if the reason is just to not follow the crowd. My penchant to support the underdog is the same reason why I prefer artistic Barcelona to mechanical Real Madrid, gamely Rafael Nadal to regal Roger Federer and skillful Maradona to predatory Pele.

It’s the same reason why I loved the emergence of Leventis United FC and NNB FC when they broke onto the Nigerian football scene in the 1980s and threatened Nigerian football big names such as Rangers International, IICC, Stationery Stores, Mighty Jets, Raccah Rovers, Bendel Insurance etc. I had been a fledgling democrat even when Nigeria writhed under the military jackboot of the 1980s.

However, I’m not a blind activist. In some cases, I concede the supremacy of the favourite against the underdog where a level playing field is ensured and the margin of difference in rivalry is the length of the Atlantic Ocean.

For instance, I preferred the King of Pop, Michael Jackson, to pop icon, Prince. For me, Muhammad Ali, was matchless in prose and prowess, Rashidi Yekini remains my all-time greatest Nigerian football striker, and the only god of soccer there is, is Messi!

But, you often meet your fate on the road you take to avoid it, says a French proverb. The very road of panegyrics which I avoided in order not to encounter Barrister, was the road where I was converted to Abinuwaye, like Saul, on the road to Damascus.

It was at an editorial meeting in 2017 when PUNCH Executive Director, Digital Operations and Publications, Mr Joseph Adeyeye, brought up the topic of Barrister’s enduring legacy, noting the wisdom and richness of Ayinde’s lyricism.

A devout Christian and an exemplary leader, Adeyeye, who brought copies of a tribute, “The Poetry of Mr Fuji, Sikiru Ayinde Barrister,” done by Lagbaja for the Ibadan-born multi-talented music machine, to the editorial meeting and opened up a discussion on the oeuvre of Barusati, among PUNCH editors and assistant editors at the meeting.

Lagbaja’s tribute was a transcription of Barrister’s 2006 song, ‘Correction’, into English. Without succumbing Barrister’s poetry to transcriptive linguistic limitations, Lagbaja ensures, as much as possible, the flow of the creative imagination in the song released in response to Kollington’s claim that Barrister wasn’t the originator of Fuji music.

In the twin disc waxed alongside with ‘Correction’ was another song entitled, ‘Wisdom’, which many people believed was a veiled anti-arrogance flak against King Wasiu Ayinde, who enjoys an amazing popularity that cuts across Fuji fans, despite falling out with Sikiru when he released a song, ‘Orin Dowo’, in 2005, wherein he said Barrister wasn’t the originator of Fuji.

An acolyte of Barrister, Wasiu, who later took the Fuji scene by storm with ‘Talazo’ in the 1980s, and Kollington, challenged Barrister’s claim to Fuji kingship.

•Odesola writes from the United States of America and can be reached on Email: tundeodes2003@yahoo.com; Facebook: @tunde odesola and Twitter @tunde_odesola