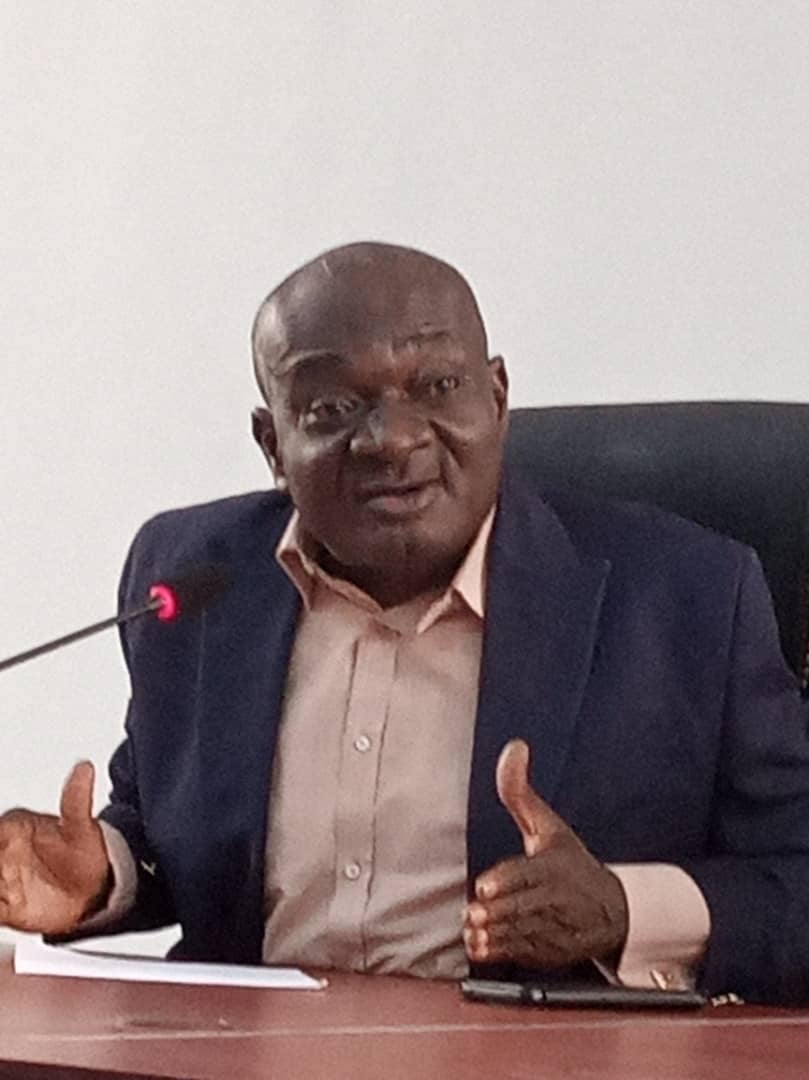 By the time the outgoing Vice Chancellor, VC, of the Federal University of Agriculture, Abeokuta, FUNAAB, and professor of soil physics, would have completed his tour of duty, he should also have in his kitty, among sundry awards, the title of a Professor of Infrastructure. He may henceforth, therefore be addressed as Professor Infrastructure.

The reason for this new appellation for the former Labour Prefect of the Apostolic Church Grammar School, Orishigun, Lagos, stemmed from the over 150 completed projects, and 22 ongoing, he superintended over during his five-year tenure as the VC of FUNAAB.

To say that FUNAAB has never, since it’s establishment, had it so good in terms of infrastructural development, is probably being modest, as Prof Salako, not only completed abandoned projects he inherited from his predecessors, but also initiated life-changing projects that the university community would not forget in a hurry.

Amazingly, the completed projects executed by Professor Infrastructure while he held sway as the VC of FUNAAB, despite attempts by naysayers and agents of destabilisation within the university system to detail him from his set objectives, include: the flagship of all the projects executed by Salako, the FUNAAB dam, a seven-billion-litre capacity dam, situated at the Mawuko, Odeda Local Government end of the 10-hectate FUNAAB campus; the Senate Building extension; two 1.3-million-litre water reservoirs; water treatment plant; modern palm oil and cashew processing plants; a digital library, named after Africa’s first Nobel laureate, Prof. Wole Soyinka; the Engineering Building, named after former President Olusegun Obasanjo; Academics Building Complexes A and B; two blocks of male hostels; and one block of female hostel.

Conducting a select group of journalists round the projects he executed during his five-year stint as FUNAAB VC, Prof Salako revealed that all the projects, especially lecture rooms and laboratories, were equipped with requisite modern furniture and are ready for the immediate use of students and staff of the university.

What made some of these projects unique was that many of them were projects abandoned by his predecessors, for whatever reasons best known to them, and according to Professor Infrastructure, “since administration is a continuum, I felt that the onus was on me to compete those abandoned projects for the benefit of the university students and staff.”

While addressing the journalists after the tour of the projects, Prof. Salako informed that the seven-billion-litre dam, which was situated about 20 kilometres from the main campus, would serve the entire campus, including the offices, hostels and other facilities.

He explained that the rationale behind the dam was to put an end to the proliferation of boreholes all over the campus, as if such continues, could be dangerous to the welfare of students and staff of the university in the nearest future; this was apart from the cost-cutting reprieve it would give to the lean purse of the university.

Salako further informed his audience that the construction of the dam began in 2018; adding that right now, two reservoirs, each with 1.3 million litre capacity and water treatment plant are ready to compliment the dam.

He said what is remaining for the university to start enjoying the dam is funding for the piping of the dam, which he said that “as soon as it is approved, the pipes would be procured for seamless water supply to every nook and cranny of the campus.”

The Professor of Soil Physics, however, disclosed that the university is open to partnership with local or state government in utilizing the dam, insisting that such partnership must be with equity.

He eulogized the pioneer VC of FUNAAB, Prof Olorunnimbe Adedipe, who he said constructed the reservoirs, which he had to repair and replace most of the equipment, which had become obsolete.

Prof Salako said, “Let me put on record my commendation for the pioneer VC of this institution for his foresight in constricting the reservoirs and water treatment plant.

“However, the reservoirs and treatment plant had been abandoned for over 15 years and my administration had to renovate them. And since many of the equipment had become obsolete, we had to buy new ones to replace the old ones.”

Apart from solving the immediate domestic had commercial need of the university community, Prof Salako informed that the dam would also serve to irrigate over 30 acres of farmland.

It would now be no surprise to discerning minds that Prof Salako, with what he is leaving behind as his legacies in terms of infrastructure, has set a standard to be surpassed by his immediate and distant future successors.

Everyone would therefore understand why he is Professor Infrastructure.