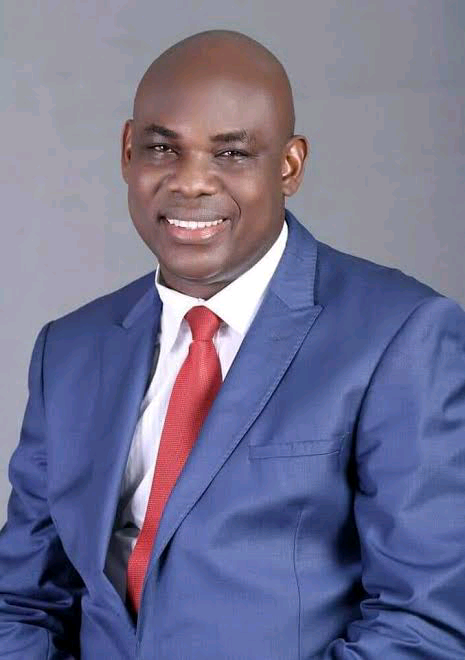 In Greek mythology, a tragic-hero is a protagonist in a genre of play which has the theme of tragedy. He is a character who suffers a reversal of fortune through a consequential mistake. Tragic heroes have traits that earn them public sympathy, but also have flaws or make mistakes that ultimately and inexorably lead to their own downfall.

A tragic hero is embedded with some identifiable traits that easily precipitates his downfall. They include but not limited to hubris or excessive pride, tragic error of judgement and the hero’s experience of reversal of fate due to his wrong judgement. Many believe that a tragic-hero is always fated to fall. But it is also a fact that he can avert this assumptive fate by the choices he makes.

Rt. Hon. (Dr) Uwem Udoma debuted in Abak politics in 2007, and was elected into the Akwa Ibom State House of Assembly as member representing Abak state constituency that same year. Fate thrust upon him fortune and he became the Deputy Speaker of that 4th Assembly. Even though he lost that coveted seat on December 28, 2007 in curious circumstances, he served the people of the constituency with great elan delivering the dividends of democracy in a way that put him in a pole position and made him the most distinguished till date.

Udoma’s era was marked with sterling performance and adherence to values. He remains one of most honest and transparent politicians I have ever come across. At the twilight of his tenure , he donated eight (8) cars, cash and other sundry items even after he had failed to clinch nomination for a second term. While many in his circumstances would have resolved to go home with whatever they could mop, Udoma still carried on with novel acts of charity by still keeping his promise with his constituents. Very few people would have had the kindness of mind in such gruelling circumstance to still discharge contractual obligations to constituents.

Udoma sustained his social contract with the people despite the setback culminating in his not returning to the House of Assembly, not minding the humongous expenditure that sequel that second term bid.

Rt. Hon Udoma had by that act endeared himself to so many people and created a tribe of followers in which yours truly became an ardent fan. He is cerebral, sagacious, profound, courageous with firm grasp of contemporary issues. On radio he is always a delight to listen to and I have had cause on several occasions to arrange interviews for him to offer clarifications on issues. On all of such times, the former Deputy Speaker has always given a good account of himself as he is always on top of his game.

But recently, Uwem Udoma’s brand of politics seems to be heading towards a decline and the cliff. It is still within the labour of conjecturing whether this nose-diving is a result of strange associations or driven by unidentified reasons the public is still probing to know. Whatever they may be, they are impinging dangerously on the once salubrious image of our hero and heading him rapidly to a precipice that may soon morph him into a tragic-hero.

His admirers are still at a loss as to what had gone wrong to a once fair minded, liberal, reflective and broad-minded politician of Abak extraction.

As a native of Abak myself, it is our fear that if we lose him to primitive, backwater politics, then Abak is finished. He had remained a shinning light and only honest politician still standing strong. But now that he seems to be in cahoot with reprobates, where lies the fate of Abak.

These concerns have arisen from recent developments in the polity, especially as it pertains to Akwa Ibom North West senatorial district, wherein he authors releases as the Director-General, DG, Campaigns to Udom Ekpoudom. No one is at angst about who Dr Udoma may wish to support. After-all, it is public knowledge that politics is a game of interest. But we have reservations about intemperate language use and the contemptuous remarks about the High Court judgements contained in his public communication.

As a former lawmaker and enlightened politician, much is expected of him in the appreciation of these issues. As Henry Blackstone noted, “The ability to communicate effectively with others and win their cooperation is an asset we look forward to in men moving to the top.” Where we wish for Hon Udoma is the top, but he can not arrive there with unrefined communication and that would be a deficit for us. As it is often said, it may take efforts to get to the top, but it takes character to stay there. Decent communication is part of that character.

The former Deputy Speaker in the emotion laden release said, “…We want to assure our teaming (sic) supporters that we are determined to legally challenge Senator Akpabio up to the final level, not minding his boastful rantings against the people of Abak federal constituency.”

But why? It is not on record that Senator Akpabio has made any statement pre or post the judgements of the Federal High Courts. So where did the said rantings come from? My admonition is, kill not the goose that lays the golden egg and kindle not the fire you can not put out.

Rt Hon Udoma in the same release also posited, “…We shall explore all legal and constitutional means to ensure that the mandate entrusted to DIG Udom Ekpoudom, rtd, is legally protected.” Seriously?

Well this is a good resolve that would amount to a waste of precious time. The axe that contends with a rock for a battle will soon emerge with a blunt edge. The premises of the judgements are clear and unassailable and does not need reiterating. I think it is time to sheathe the sword and focus on the bigger picture of working for the All Progressives Congress, APC, to win all its elections as members of the same party. The desire of political parties is to win election. And you cannot achieve that without resolving your internal wranglings. Dr Udoma, as a respected leader, has the capacity to bring this lingering imbroglio to rest, except he wants people to believe that someone is beating the drums of war for him. But the former Deputy Speaker we know is a man of peace. The Holy book says, “Blessed are the peacemakers, for they shall be called children of God…”

This is the minimum the people of Abak expect from their leader, Hon Udoma. We have had enough war. Now is the time to negotiate for our collective interest. We can neither allow our dear brother to slide into a tragic-hero nor internal upheavals to rob the party of a well deserved win. Now is the time to close ranks and rebuild the party for elections.

•Iniodu is a public affairs analyst.

Ayade: A Manifestation Of Celestial Configuration