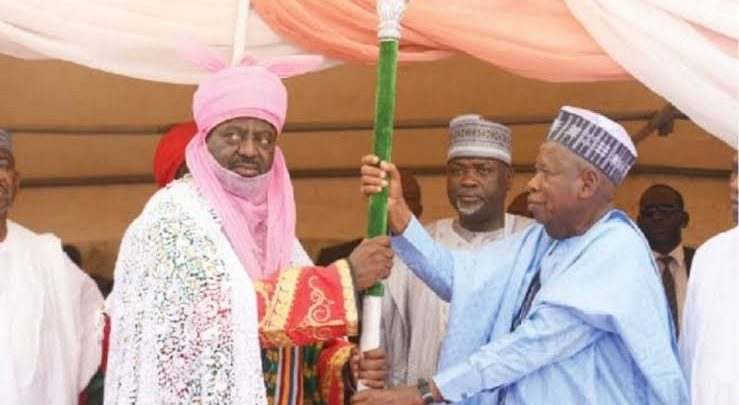 A new Emir of Kano has emerged, hours after the deposition of the immediate past emir and former governor of the Central Bank of Nigeria, Muhammadu Sanusi II.

The son of former Emir of Kano, Ado Bayero, Aminu Ado Bayero, who until his elevation, was the Emir of Bichi, was appointed by the Kano State government to replace the deposed emir.

A statement by the Chief Press Secretary to Governor Abdullahi Ganduje of Kano State, Abba Anwar, announced the appointment.

The statement reads, “Aminu Ado Bayero, the Emir of Bichi and the son of the late Emir Ado Bayero, emerges as the new Kano Emir, after the dethronement of Muhammadu Sanusi II. This was officially announced in the presence of the Kano Emirate kingmaker and other stakeholders at Ante Chamber, Government House, Kano.”