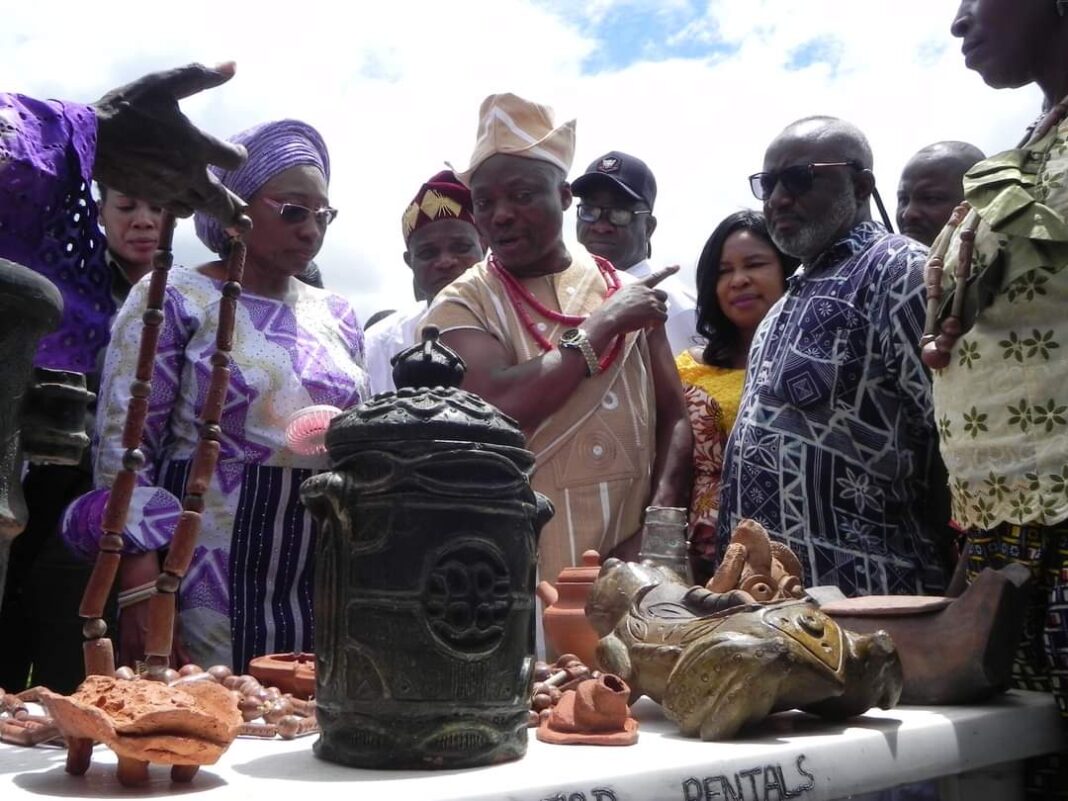 Flashback: Early February, in the year 2007, I was part of a research group under the auspices of Alliance Francāis, a French cultural institution, with regional office in Ibadan.

We visited the Tribune Newspapers to where we were warmly received by one Mr Wale Olapade, who opined that we meet with his boss at the Oyo State Press Centre in Ìyángànkú.

The phone rang and a voice swiftly came up saying, “My name is Wale Ojo-Lanre, I had issued directive that your story features in full-page this weekend.”

The coin dropped! What a magnanimity from someone I had never met before and oblivious we were even kinsmen of Ekiti extract.

Fast forward, precisely decades later, I was at the office of my brother, Prince Banji Adelusi, and so by chance, suggested I pay a courtesy call on the Directed-General, DG, of a newly constituted Council of Arts, Culture and Tourism.

Alas! It was the same Ambassador Wale Ojo-Lanre, AWOL, the same person who in 2007, without meeting me had gone out of his way to assist me.

We exchanged banters and relived the year 2007 encounter in Ibadan.

‘Omo Èyélírú’ Usì Ekiti wasted no time at debriefing me on the proposal to create a regulatory body as network of creative professionals in Ekiti State.

This was how NECA was birthed and later metamorphosed to SOECA and was inaugurated on 16th September, 2019.

This piece wouldn’t have been inked at a better time than now that AWOL is winding up his stewardship under our amiable Governor John Kayode Fayemi, JKF, as Senior Special Assistant, SSA, Tourism Development.

I unequivocally say, Ambassador Wale Ojo-Lanre is a maverick and bridge builder, who pushes boundaries for others.

AWOL, may heaven honour you wherever the journey takes. More wins!