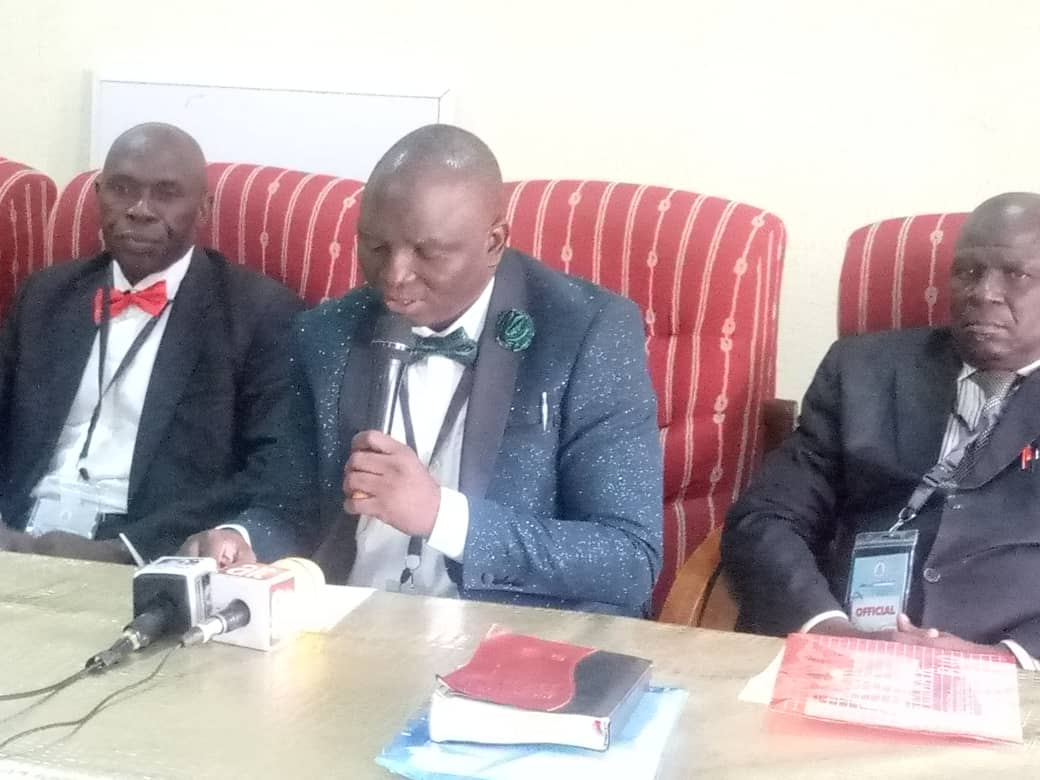 Nigeria is now realistically near a state of anarchy, which demands immediate efforts of the nation’s leaders to arrest the situation.

Church leaders and ministers in the five arms of the Christian Association of Nigeria, CAN, raised the alarm in Ilorin, Kwara State, on Tuesday, saying that the socio-political challenges facing the country was an indication that Nigeria needs prayers now, more than ever before.

The Christian leaders, who spoke with newsmen during a one-day Annual Conference of Church Leaders and Ministers Fellowship of Nigeria, CLMFN, through their chairman, Pastor Abel Aiyedogbon, said that the country is near the state of anarchy.

Ayedogbon said, “As church leaders and ministers, we cannot cease from praying for our country, Nigeria, because we need prayers more than ever before. However, we hasten to add that we are in near state of anarchy, because we watch our leaders displaying wealth to the chagrin of the masses of this country.

“There are crises all over and it has been said and argued that Nigeria is a victim of contradiction, because of the faulty political structure producing poor governance and brazen corruptions.

“All the crises being experienced, if not resolved as quickly as possible can degenerate into big problems.”

The group, comprising of more than 500 church leaders, also called for transparency and accountability from those entrusted with governance in Nigeria, saying that there should be balance in appointments into key positions such that all the six geopolitical zones are equitably represented.

Speaking on the theme for the one-day conference, “The Church In The Post COVID World,” Pastor Aiyedogbon said that the COVID-19 pandemic had certainly exposed the state of the health sector in Nigeria.

The men of God, therefore, called for a step change to allow for the development of the nation’s health sector “to cope with challenges that we see every day which our political leaders shy away from.”

The clerics also appealed to members of the Academic Staff Union of Nigerian Universities, ASUU, and the Federal Government to find amicable solutions to all the problems associated with the ongoing strike action by the nation’s university lecturers so that students could return to school.

They said, “These innocent students crave for brighter future through education, hence conducive environments that will lead to the realization of this dream of theirs should be created by the stakeholders.

“The strike has been on for over eight months with issues in contention far from being resolved after several meetings and interventions from concerned quarters.

“We are worried as parents, because keeping students unengaged for a long time can negatively affect them. An adage says ‘an idle hand is a devil’s workshop’.”

“We have heard terrible things of what some bad eggs in SARS did to some of the youth of this nation, and some even paid the supreme price in the hands of the disbanded SARS.

“It must be stated that #EndSARS protest was not a revolution, but a rebellion and desperate resentments against police brutality, which coalesced into a mass resistance, protest, rebellion, anger, hunger and frustration, all these contributed to the #EndSARS protest.

“The citizens of the country have cause to worry because of the reports of killings, rioting, vandalism and looting that seized the soul of our country, whilewe are still struggling to shake off the economic paralysis of the coronavirus.”

The Church leaders added that “youths of this country must be assured of future hope. They must see hope, feel it, swim in hope and empowered to live a meaningful life.”

They added, “As a people, we must answer the questions of our youth, listen to them. We should do everything to create job opportunities and enabling environment for the poor to access finance.

“We, as a body condemned in totality police brutality in the country, the killings at Lekki tollgate and the attacks from suspected hoodlums, who took advantage of the #EndSARS protest to attack police formations and personnel and destroyed businesses and individual property.