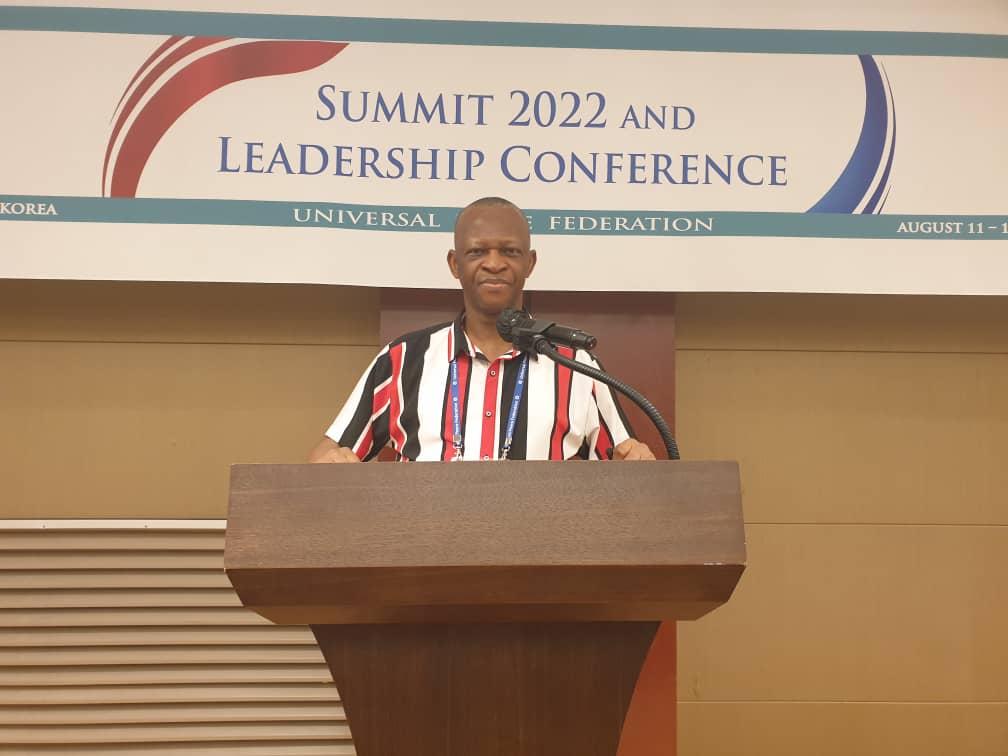 An international preacher of the g of Jesus Christ and National Publicity Secretary of the Pentecostal Fellowship of Nigeria, PFN, Bishop Dr Gospel Emmah Isong, yesterday called on Nigerian leaders not to hesitate to invest n youths known to have leadership potentials, if the leaders are interested to have egalitarian society.

Isong made the call while speaking in a telephone conversation with CompassNG correspondent from Soule, South Korea, where Isong is taking part in the International Leadership Conference/Summit 2022.

The cleric averred that failure of leaders to invest in youth imbued with the potentials of becoming good leaders in the future is tantamount to the country taking itself anti-clockwise, as no nation becomes great without investing hugely in its youths.

Isong, who is also the General Overseer of the Christian Central Chapel International, CCCI, a.k.a Faith Mansion World Headquarters, Ikot Ene-Obong, Calabar, stated that with the right investment in people, with the right values and potentials, Nigeria stands the chance of reclaiming it’s lost glory and becoming great again.

The banker-turned preacher of the gospel of Jesus Christ of Nazareth stressed that with right training given to young people, with the right values inculcated in young people, and the right people known to have integrity, Nigeria can still be great once again, as it were in the days of Obafemi Awolowo, Nnamdi Azikwe, Tafawa Abubakar Balewa, and several others.

The cleric averred that when the right individuals are put in strategic places of authority, the country stands the chance of bouncing back to it’s feet.

He said, “A good tree they say yields good fruits, and a bad tree yield bad fruits. Godly leaders promote godliness. Ungodly people shall promote ungodliness. This is the unchangeable principles of life. Like the Holy Bible said, you reap what you sow.”

Giving an indepth explanation on why the country suddenly became terribly so bad, Isong said, “The ironic belief that people of faith should not be involved in politics contributed greatly to the breakdown in values, justice, peace and the respect for human rights.

The PFN scribe stated that the notion that the church and the religious community at large should only pray for those in authority was some how a wrong notion that had caused breakdown in law and order.

Isong stated that there was nothing wrong with people of faith aspiring to be in places of authority to infuse the right values into the society.

He added, “Unfortunately, history has foist their lives that men and women of faith must not aspire for political offices as this is beneath them.

“It is this notorious belief that has left Nigeria in the current state of social and economic devastation.”

The General Overseer of CCCI, called for spirituality to be added into the fabric of governance for a balanced and better country; adding that given the abundant human and material resources that the country is endowed with, Nigeria remains one of the best countries in the world, nothwitstnding the insecurity challenge which bedeviled the country in recent times.

He called for all hands to be on deck so that the economy of the nation can be revamped, calling on the citizens of the country at home and in diaspora to come up with solution to the country’s problems.

IGP Orders Probe Of Sack Of Female Cop For Getting Pregnant