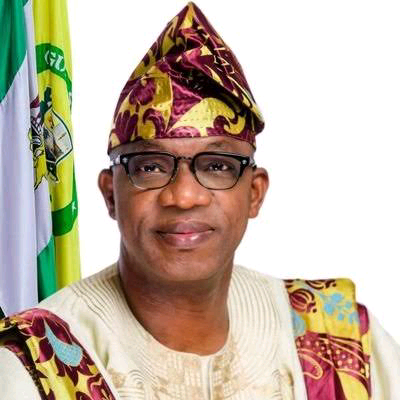 Watchers of developments in the country’s political landscape must have been thrilled with last weekend’s pronouncements by the Ogun State governor, Prince Dapo Abiodun, reiterating his administration’s commitment to completing the road projects awarded but abandoned by the immediate-past administration of Senator Ibikunle Amosun. As the governor promised, special attention would be given to such roads that have direct socio-economic impact on residents of the state, just as more funds would be allocated to the ongoing construction of the 53-kilometre Lafenwa-Ayetoro Road, to ensure its early completion.

Governor Abiodun made the declaration while inspecting three key road projects, including the Lafenwa-Ayetoro, Panseke-Adigbe-Opako and Oke-Lantoro-Elite-Idi Aba roads in Abeokuta, the state capital. The projects awarded by his predecessor, he observed, ought to have been given more priority than they were, being major arterial roads between Ogun Central and Ogun West.

He said, “We are committed to the quick completion of Lafenwa-Ayetoro Road, because it accounts for thousands of our citizens traveling between Ayetoro and Abeokuta for commerce, school and work.”

Abiodun also gave assurances on the Oke-Lantoro-Elite-Idi Aba Road, saying the power transformer serving the area would be fixed before the Easter celebrations.

There can be no doubt that project discontinuity has been one of the major afflictions of the country’s democracy since the onset of the Fourth Republic in 1999. Across the six geo-political zones, there have been ceaseless complaints of abandonment of projects by governors unwilling to associate with anything that has to do with their predecessors, including projects, in the mistaken belief that shared credit for work done would somehow detract from their credibility. Indeed, in 2007, a governor in one of the North Central states was on record as saying that he would not complete the projects initiated by his predecessor because the latter was a thief. The project in question, an overhead bridge connecting a local government area to the rest of the state, was left to rot, because the initiator had been impeached and was facing trial for graft. Admittedly, though, there is another side to the coin: some predecessors actually set booby traps for their successors by initiating white elephants simply to create problems for their predecessors. They award contracts to persons without a track record and without any known office(s), merely to siphon money and hobble the capacity of their successors to execute projects. Some in fact go as far as obliterating the credit worthiness of their states through excessive borrowing and without anything on the ground to justify such humongous debt.

In the case of Ogun State, the Abiodun administration is on record as detailing the atrocities that went on in the state in the name of contract awards by previous administrations, but this has not deterred it from completing the abandoned projects.

Those familiar with the situation in Ogun East know that work on the Ọba Erinwole Road, Sagamu, is ongoing, just as work is ongoing on the Atan-Erunwon road, which will be completed by June. Other projects include the Sagamu-Ode Lemo road, Ejirin-Oluwalogbon Road, which will be completed by May 15th this year, and the Ikangba-Lagos Garage-Ilese Road. As a matter of fact, when he came on board, Governor Abiodun asked the authorities in local government areas across the state to nominate 10-15 roads that could be done simultaneously. They did, and work began on them immediately. The administration certainly deserves plaudits for the reconstruction of Ijebu Ode – Epe Expressway, Sagamu – Ore Interchange in Ijebu – Ode, the Fly over Bridge/Interchange over the federal highway; rehabilitation/ reconstruction of Ilishan Market Road and the Inner Road, Itori Junction – Total Road in Ewekoro Local Government Area; the reconstruction of Joju Road in Ado – Odo/Ota Local Government Area; Olomore Junction and Sanni Road in Abeokuta North Local Government Area, Sagamu Junction – Iperu Roundabout Road in Sagamu; Iperu Roundabout – Ode Road; Ago Iwoye – Oru – Ijebu Igbo Road, Obafemi Awolowo Way – Mada – Takete; Orile Oko Road, Ilashe – Koko – Alari Road and the Somorin – Kemta, Idi – Aba road, among many others.

Although only a few of the inherited and self-conceptualised projects have been mentioned here, the lesson is unmistakable that Governor Dapo Abiodun came into office fully prepared to make a radical change in the lives of the people. The foregoing shows convincingly that he had a prepared agenda before stepping foot on the Oke Mosan Governor’s Office. He should be commended for looking at the economic value of projects to the populace and executing them regardless of whatever reservations his administration has over the manner of award of the projects by previous administrations, and for initiating and executing projects designed to lift the people out of the vice grip of poverty and underdevelopment. It has become sufficiently clear that for the Ogun helmsman, governance is about service to the people, not to the governor. Governance is a continuum and it is thrilling to see Abiodun walking the talk. That’s where the lesson lies for the political class.

•Alli contributes this piece through yekinalli@gmail.com