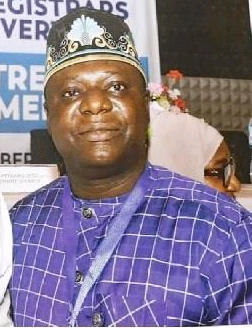 A statement signed by the Head, Directorate of Public Relations, FUNAAB, Kola Adepoju, and made available to CompassNG, stated that the retreat, facilitated by the Registrar of the the Federal University of Agriculture, Abeokuta and Secretary of ARNU, Dr. ‘Bola Adekola, and endorsed by FUNAAB Vice-Chancellor, Prof. Kolawole Salako, who doubles as the Chief Host, will see registrars of all Nigerian universities temporarily relocating to FUNAAB, which is expected to play host to over 70 registrars from the nation’s ivory towers.

The statement further added that Ogun State Governor Abiodun, who is the Special Guest of Honour at the occasion, is expected to deliver a goodwill message on behalf of the government and the good people of Ogun State; the state which produced the highly revered international administrator, Chief Simeon Adebo of blessed memory and the University’s quintessential pioneer Registrar and administrator per excellence, Princess Bisi Shoboyejo.

FUNAAB Vice-Chancellor, Prof. Salako and ARNU National Chairman, Dr. Abubakar Mamuda, who is the Registrar of the Federal University, Lafia, in Nasarawa State, will lead the entourage that will receive and welcome Governor Abiodun to the university and the AGM respectively.

One of the highlight of the 16th Annual Retreat and 70th Business Meeting, which will hold from Thursday, October 14th to Friday, October 15th, is a keynote address to be delivered by Prof Saburi Adesanya and titled, “Professionalism, Work Ethics and Unionism in Nigerian Universities – The Nexus.”

The retreat will also climax and be spiced by business sessions, courtesy call on the paramount ruler of Egbaland and Alake of Egbaland, His iMoerial Majesty, Oba Adedotun Gbadebo, Okukenu 1V; visit to FUNAAB Zoo Park and a gala nite.

Also expected at the opening ceremony are principal officers and former registrars of FUNAAB, serving administrators of the university under the aegis of ANUPA.

ARNU Secretary-General and FUNAAB Registrar and Secretary to Council, Dr. Adekola, who has been working tirelessly towards the hosting of the meeting, affirmed that his team is leaving no stone unturned to ensure a successful hosting.

Kwara Reverses Conversion Of Dispensary To PDP Secretariat By Saraki