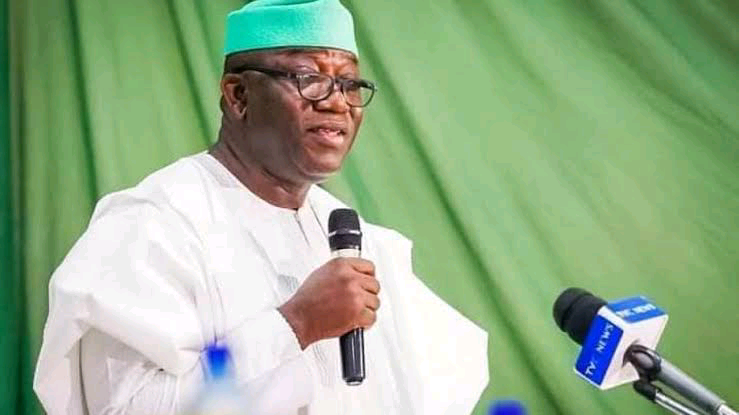 Civil society organisations, CSOs, and other stakeholders in Ekiti State have poured ecomiums on the state governor, Kayode Fayemi, in moving Ekiti from 24th position in 2018 to 4th position, out of 36 states on the Budget Transparency Index 2020.

Speaking at the performance of the validation in Ado Ekiti, the state capital on Thursday, Fayemi said that the action was a demonstration of the commitment of his administration to enshrining the principles of openness in government business and simplifying service delivery to the people.

Impressed by the evidence of good governance witnessed under Fayemi’s watch, the Civil Society Adviser, OGP National Secretariat, Mr. Stanley Achonu, noted that Ekiti has scored many firsts, including the first in the South-West to sign the OGP, the first to have the fastest Action Plan on OGP and the first in Nigeria to enact Freedom of Information Law.

The chairman of the Nigerina Governors’ Forum, NGF, said that the validation of the Ekiti OGP Action Plan was preceded by preliminary sensitisation meetings with all relevant stakeholders and the development of the document, which was a commitment to deepening good governance in the state.

Fayemi said, “I am aware that non-state actors have worked tirelessly with their state counterparts to get us to this stage and for this, I would like to thank the CSOs, CBOs, FBOs, media, Organised Private Sector, OPS, for their desire and passion to see a better Ekiti State, where dividends of democracy are enjoyed by all the good people of the state.

“I would also like to thank the OGP Secretariat and Centre LSD, for providing technical support at various times including, ensuring that this meeting holds today.

“In this regard, I will support the Steering Committee to set up the OGP Secretariat with all necessary facilities to facilitate the take-off and full implementation of the State Action Plan.”

Fayemi further urged relevant stakeholders to reach out to him through the Commissioner for Budget and Economic Planning and the Special Adviser on Development Partnership and Sustainable Development Goals, SDGs, anytime his support was needed, if challenges are encountered in the process.

The state Commissioner for Budget and Economic Planning, Mr. Femi Ajayi, explained that the Fayemi administration has halted what he called “the downward trend in governance, recorded between 2015 and 2018,” with purposeful leadership and putting in place the framework for the development of the state.

Ajayi, who also doubles as the chair of OGP in the state, said that the meteoric rise of Ekiti from the 24th position in 2018 to the 4th position in the 2020 in the Nigerian States Budget Transparency Survey Report, was a proof that good governance and accountability to the people have returned with the state on the path of sustainable development.

He said, “This did not happen by accident. Since Dr. Fayemi came on board the second term in October 2018, there have been a step change, which has moved all the indictators in the positive direction.

“I can only say that all the activities under the eligibility criteria for OGP were restored and reinvigorated with active involvement and participation of the civil society organisations.”

Mr. Achonu, in his remarks, suggested that the executive should liaise with the legislature in Ekiti State to enact a law to give constitutional and legal teeth to OGP, even as he further called for continued political will to implement it.

He said, “This happens when we have political leadership that is worth its salt, which has displayed leadership on OGP process. We urge you to continue to provide that leadership, so that Ekiti State shall continue to be number one.”

The Executive Director, Centre LSD, Mr. Monday Osasah, urged all actors to work collaboratively, as their action will ensure the success of OGP and citizens’ trust in government.