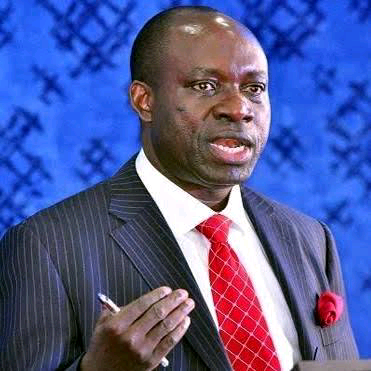 Former governor of the Central Bank of Nigeria, CBN, Charles Chukwuma Soludo, has won the ticket of the All Progressives Grand Alliance, APGA, for the Anambra State November 6 governorship election.

The primary election was monitored by a team of the Independent National Electoral Commission, INEC, officials, led by Musa Hununu.

The former governor of the CBN was declared winner of the primary election by Deacon Samson Olaleye, who led a team from the APGA headquarters.

In his acceptance speech, Soludo promised to take the state to a higher level if voted for as the next governor in November.

Commending former governors of the state for their contributions towards the development of the state, Soludo noted that having served in various capacities in and outside the country, it was time for him to serve the state fully.

He also commended outgoing Governor Willie Obiano for the massive infrastructural development of the state and assured that he would improve on his strides.

Speaking at the event, Governor Obiano commended the National Working Committee, NWC and the State Working Committee, SWC, of the party for the peaceful conduct of the primaries, reminding the people that there was more work to do.