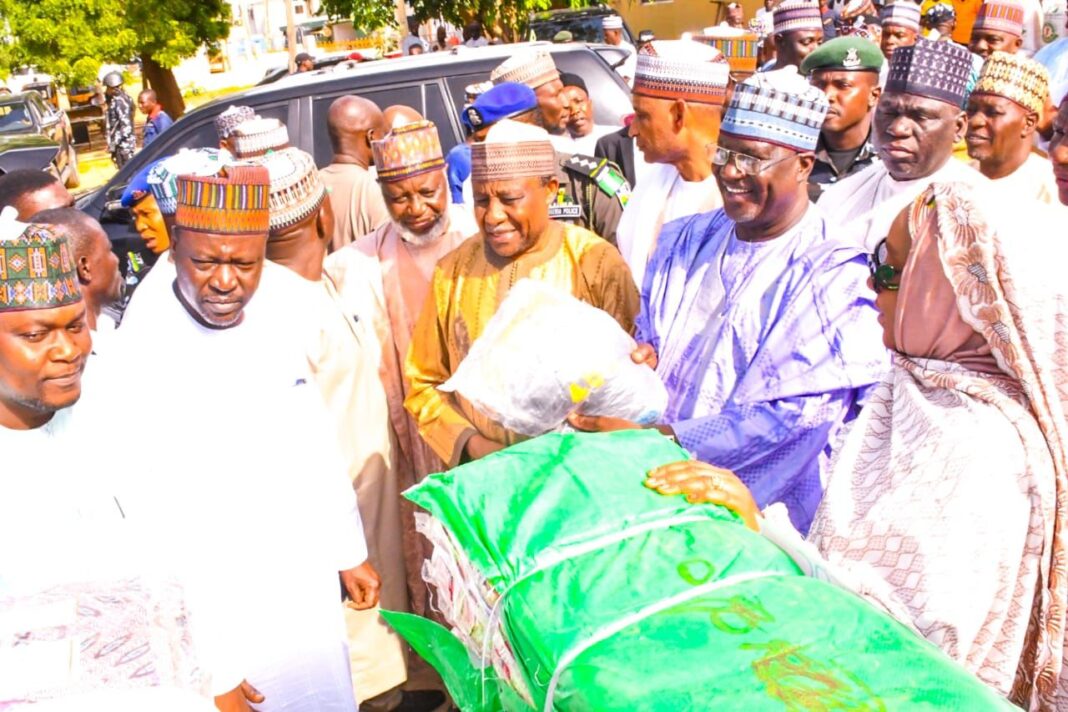 The governor of Yobe State, Mai Mala Buni, has commended the North East Development Commission, NEDC, for donating relief materials to victims of the flood disaster that ravaged many communities in the state.

Buni said that such palliative is not only timely, but could definitely cushion the hardship been faced by the people across the state. 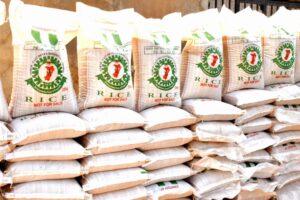 Recall that Gulani, Jakusko, Gujba, Gaidam communities among others in many local government areas of the state were ravaged by intense flooding, with the attendant destruction of lives and property, including farmlands, homes and graves during the peak of the rainy season. 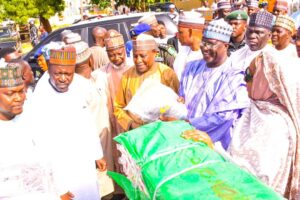 Others relief materials include: 3,000 gallons of vegetable oil; 5,000 pieces of wrappers; and 3,000 pieces of shadda, among others.

Governor Buni, who was represented by his deputy, Hon. Idi Barde Gubana, thanked the commission for donating the materials to the victims of the flood in Yobe State.

He said that the materials donated will go a long way in complementing the efforts of the state government in providing succor for the victims of the flood and ameliorate their sufferings.

Assuring the gathering that the materials would be  distributed to the flood victims in the affected local government areas accordingly, the Yobe governor pointed out the unfortunate flood has destroyed an unquantifiable number of farms, lives, houses, and animals so numerous to mention.

He also explained that on its part, the state government immediately set up a committee under the chairmanship of the deputy governor, and the committee swung into action by visiting all the affected communities and assessed the level of damages.

Earlier the Managing Director of the NEDC, Mohammed Goni Alkali, applauded the state governor, Buni, for his show of concern since the flood disaster ravaged the communities.

He said that they were in Yobe to commiserate with the government and good people of Yobe State, as well as the victims over the unfortunate natural disaster. 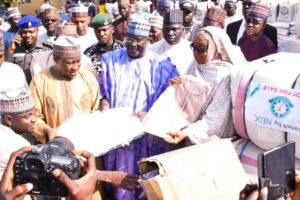 The MD explained that the materials donated by the commission were part of the effort  of the Federal Government towards assisting the affected communities.

Also speaking, the member representing Damaturu/Gujba/Gulani/Tarmuwa federal constituency at the National Assembly, who also doubles as the chairperson of the House Committee on NEDC, Hon Khadija Bukar Abba Ibrahim, explained that she has raised a motion on the floor of the House, urging the National Emergency Management Authority, NEMA and other relavant agencies to provide urgent humanitarian assistance to the flood victims of Yobe State.

Lamenting that the impact of the flood, which she described as enormous, the lawmaker insisted that the victims are in dire need of assistance.

She, however, appealed to the NEDC to repair the deplorable Mutai road in Gulani Local Government of the state, to enable the people continue with their businesses.

In his brief remarks, the state Focal/Coordinator of the NEDC, Prof. Ali Ibrahim Abbas, indicated that the NEDC, which is an interventionist commission, is on stand by to offer support to any affected community in the state and by extension the entire North East region.