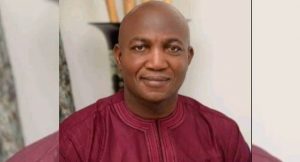 The Supreme Court, on Thursday, February 13, sacked the governor-elect of Bayelsa State, David Lyon, and his deputy, Biobarakuma Degi-Eremieoyo, barely 24 hours to their inauguration as governor and deputy governor of oil-rich Bayelsa State.

In a unanimous decision by a five-man panel of justices, led by Justice Mary Peter-Odili, the apex court, held that Degi-Eremieoyo presented a forged certificate to the Independent National Electoral Commission, INEC, adding that the Form CF 001 Degi-Eremieoyo submitted to INEC for the November 16, 2019, governorship election in the state, contained false information of fundamental nature.

Lyon, who had been declared winner of the November 2019 governorship election, was expected to be sworn-in on Friday, February 14.

Delivering the lead judgment, Justice Ejembi Eko the November 12, 2019, judgment of the Federal High Court in Abuja which disqualified Degi-Eremieoyo from participating in the governorship poll.

The Supreme Court held that since Degi-Eremieoyo shared a joint ticket with the governor-elect, his disqualification invalidated their nomination by the All Progressive Congress, APC

The court consequently ordered INEC to withdraw the Certificate of Return issued to the duo immediately and issue a fresh one to the party that secured the second highest number of votes and got the required constitutional spread.

A Federal High Court in Abuja had on November 12 disqualified the APC governor-elect on the ground that his deputy availed the electoral umpire with false information.

In that judgment, Justice Inyang Ekwo had held that there was no connection between the name on the candidate’s school-leaving certificate, first degree (BA), Master’s degree and the affidavits he swore.

But the lower court’s decision was set aside by the appellate court, presided over by Justice Stephen Adah, who said that the PDP did not prove their case against the APC candidates.

Justice Adah had said, “I agree with the appellant that the owner of the school leaving certificate and the GCE certificate are one and the same and I, therefore, set aside the judgment of the court below.”

Not satisfied with the Appeal Court’s ruling, Duoye approached the Supreme Court for adjucation in the matter.

Lokpbiri had approached the Supreme Court seeking an order of the court declaring him as the winner of the APC governorship primary held in the state, claiming that the party wrongly gave the ticket to Mr Lyon, who eventually contested and won the governorship election.