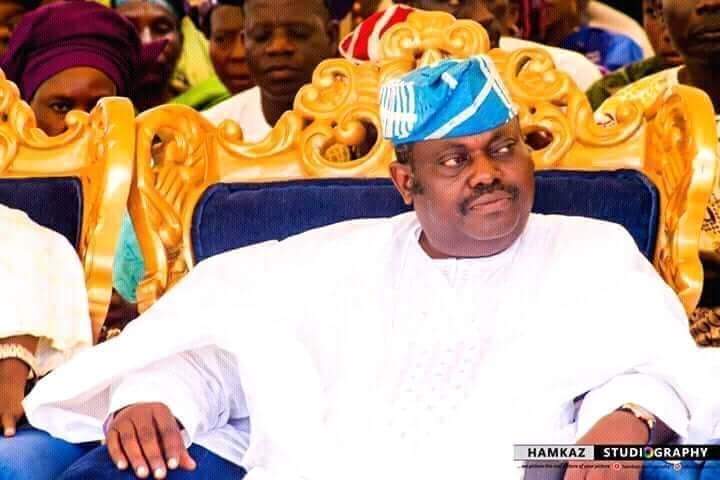 As a young man, who grew up in the North, I had thought that only notable Northern politicians identify with the masses and the downthroden by attending their functions and ceremonies, especially naming, house warming, marriages and the likes.

But the stories I am hearing about Rt. Hon. Adejare Bello, former Speaker of the Osun State House of Assembly and Ambassador-designate and the functions I have seen him attend so far, appear to have reshaped my thinking and perception about some of these things.

As a political office holder, my wife, a bonafide Ede daughter, told me how Hon. Bello deployed his office to empower several Ede sons and daughters. Like my boss, Mr. Adegboyega Oyetola, Bello’s gate is usually thrown wide open to visitors and and complete strangers alike, who may have visited to seek one favour or the other.

As an Ede son or daughter, Hon. Bello needs not know you in person to either offer a helping hand or attend your ceremonies, and functions. All that is required is just an SMS.

From afar, he does not come across as someone with sound educational background. But if you engage him or listen to him speak, you will know he is deep and brilliant.

I heard him speak at a function for the first time, in June this year at the Special Session to mark the one year anniversary of the State of Osun House of Assembly. I was wowed by the eloquent rendition of his few but poignant remarks on the occasion. After then, I have had cause to engage with him twice or so.

Although, I have no idea about the schools he may have attended, hearing him speak or engaging with him will tell anyone who cares to know that one need not travel to Ghana or Toronto to ascertain that Hon. Bello, must have indeed had a sound educational background, as he speaks impeccable English language.

No wonder, some persons had to spend fortunes and sleepless nights just to stop him from leading the emancipation struggle of Ede Land and it’s people.

Well, the loss at the poll the last time should be seen as a temporary setback. His latest appointment facilitated by the state governor, Oyetola, at a time many thought he had been abandoned, is a clear indication that the struggle must continue.

I may not have come from Ede, but as an in-law, I will be glad to witness the day Ede will be liberated. And for now, Hon. Adejare Bello symbolises the face of that liberation struggle.

•Omipidan, the Chief Press Secretary, CPS, to the governor of the State of Osun, writes from Osogbo.