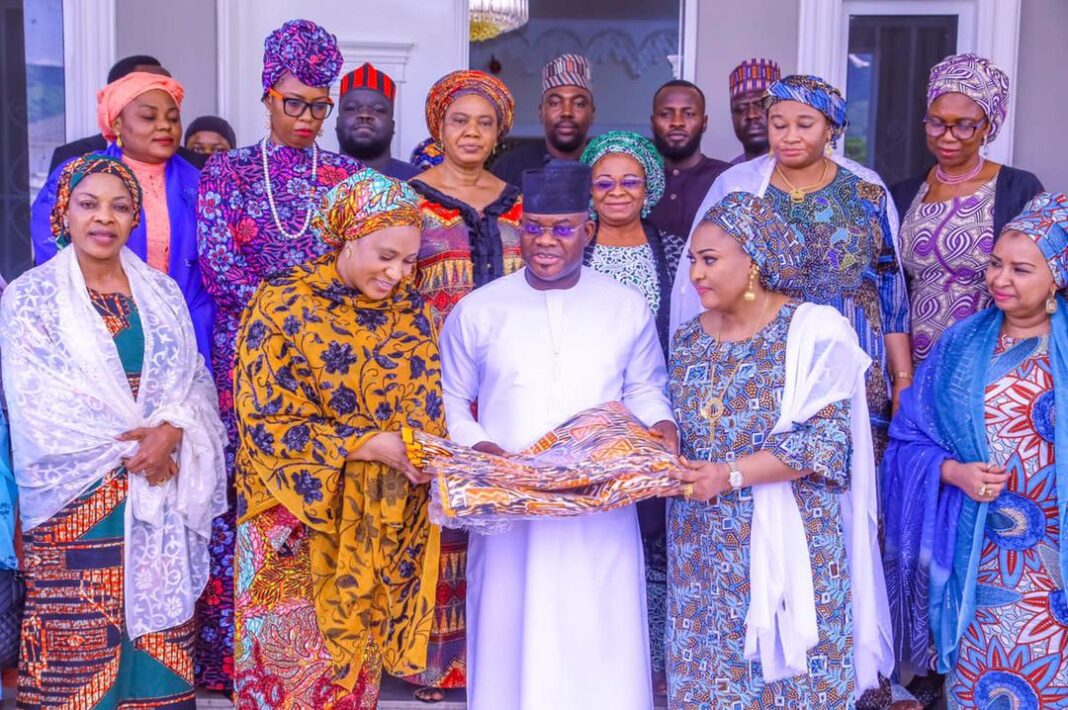 The women wing of the All Progressives Congress, APC 2023 Presidential Campaign Team, headed by its Grand Matron and wife of the President, Dr Aisha Muhammadu Buhari, has donated relief materials to victims of flood disaster in Kogi State.

A delegation comprising of the co-chairperson, Hajiya Shettima, Dr. Asabe Vlita Bashir, the Director-General, DG, of the women campaign team and other members, had while on a courtesy visit to Kogi State Governor Yahaya Bello, and his wife Hajiya Rashida Bello, At the Government House, Lokoja, commiserated with the government and people of the state over the natural disaster that has affected lives, sources of livelihood and rendered many homeless. 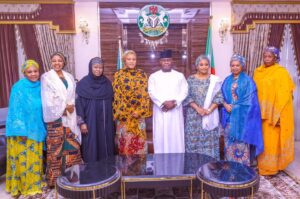 Dr Vlita informed the governor that they were in the state to share in the pains and difficulties encountered by the victims, as well as to register their sympathies with the Kogi State government.

The Kogi State governor, Alhaji Bello, while responding, appreciated the women campaign team for the visit. 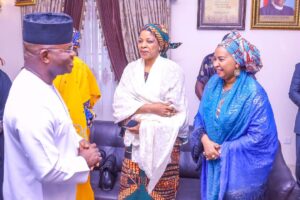 He informed the delegation that the First Lady of Nigeria, Dr Muhammadu Buhari had supported the state since the unfortunate incident.

The state, according to him had received relief materials on different occasions sent by the First Lady which has cushioned the effect of the flood disaster on the victims.

While at the Internally Displaced Persons, IDPs, camp at Koton Karfe, a community located few kilometers from Lokoja, the state capital, the wife of the APC vice-presidential candidate, Hajiya Shettima, in company of the wife of the Kogi State governor’s wife, sympathized with the victims and made symbolic presentation of the relief items.