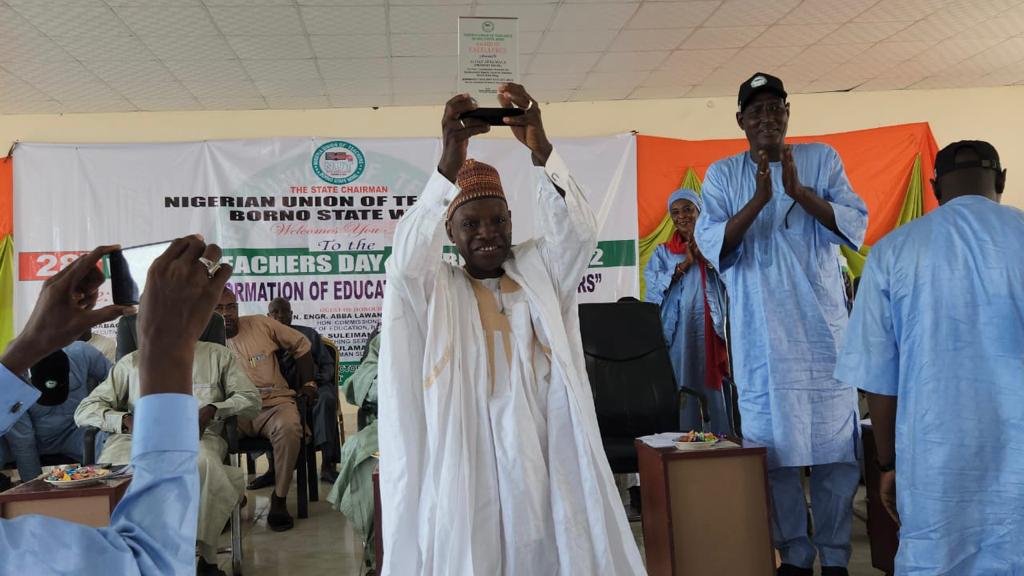 The governor of Borno State, Governor Babagana Umara Zulum, has approved an extension of teachers’ retirement age from 60 to 65 years in the state.

The governor announced the upward review on Wednesday in Maiduguri, to commemorate the celebration of the 2022 edition of World Teachers Day.

Governor Zulum was represented at the celebration by the Borno State Commissioner for Education, Engineer Lawan Abba Wakilbe.

The 2022 World Teachers’ Day, was themed: “Transformation of Education Begins with the Teachers.” 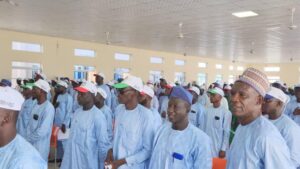 Zulum explained that his office has already written the Borno State House of Assembly, seeking legislation to back the extension of teachers’ years of service from 35 to 40 years, and retirement from 60 to 65 years.

The governor also announced the reconstitution of a previously existing appeal committee, with a fresh mandate to look into claims by some teachers who were disengaged during some verification exercises by committees over issues of ghost teachers, fake appointments, lack of required qualification amongst other issues.

The appeal committee was asked to re-examine the merits of claims by affected teachers to determine those eligible for reabsorption into the teaching services.

The governor also promised to look into areas of gaps in the state’s Education Laws as they affect the welfare of teachers, just as he pledged his administration’s commitment to the domestication of some federal laws which benefit teachers in Borno State. 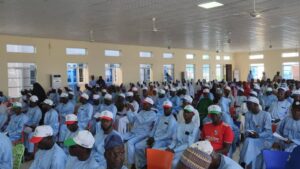 Excited by Governor Zulum’s policies that improve the welfare of its members, the Borno State chapter of the Nigerian Union of Teachers, announced a special NUT award to Professor Zulum in appreciation.

The state NUT chairman, Comrade Jibrin Mohammed, who disclosed this during the World Teachers’ Day ceremony said that the award was in recognition of Professor Zulum’s enormous uplifting of teachers’ welfare across the state.

The chairman announced that the union hopes to confer the award on November 28, 2022, at the NUT’s delegate conference, scheduled to hold in Maiduguri.

He however appealed to the government to organize another round of training for over 7000 teachers designated for further training.

On his part, the chairman of Borno State Universal Basic Education Board, SUBEB, Prof. Bulama Kagu, urged teachers to be more dedicated to work.

Highlights of the occasion was the NUT’s presentation of an award of encouragement to Borno State Commissioner for Education and the Provost of Sir Kashim College of Education Maiduguri, Dr Abba Mala, for their outstanding services as public office holders.