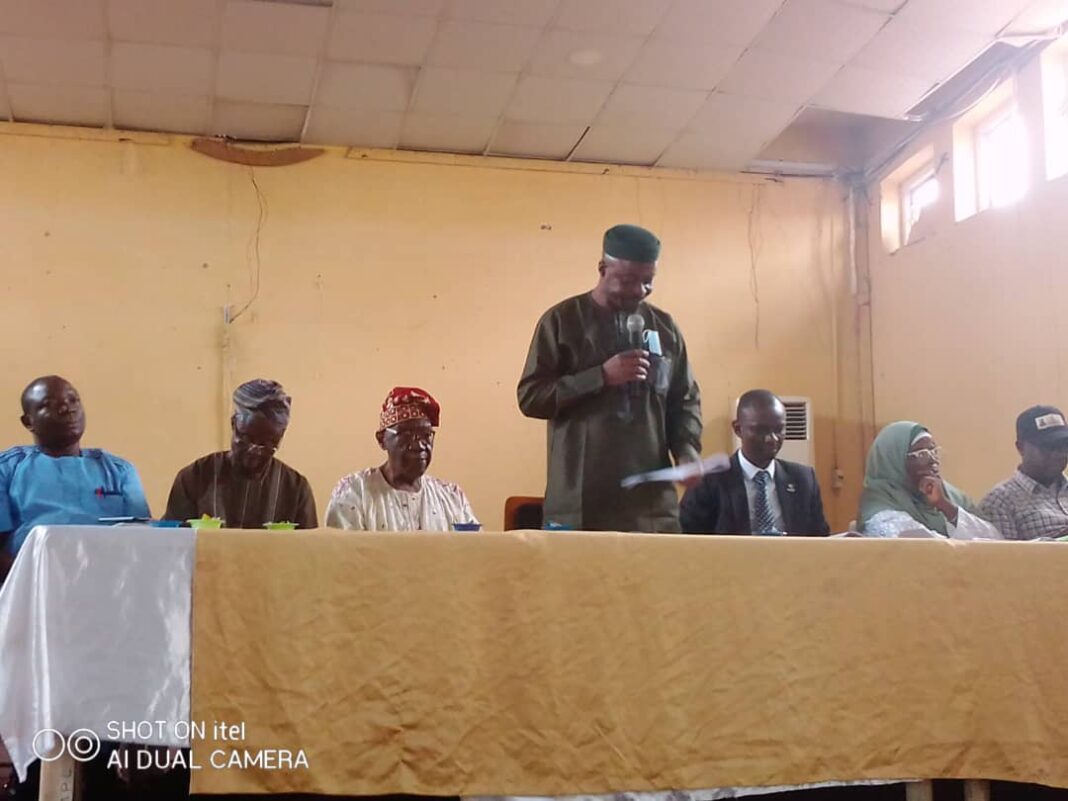 The Oyo State government has reiterated its commitment to leave no stone unturned in harnessing the natural resources at its disposal.

It also vowed to put the resources into effective use in order to expand the state’s industrialization potentials for progress and development in the state.

Commissioner for Trade, Industry, Investment and Cooperatives, Barr. Olasunkanmi Olaleye, made this known while delivering his keynote address at the quarterly meeting with Oyo State Council of Chambers of Commerce, Industry, Mines and Agriculture, OYCCIMA, and other members of the organised private sectors in Oyo State, held at the Western Hall, Secretariat, Ibadan.

According to Hon. Olaleye, the purpose of the quarterly meeting is to encourage interaction among relevant stakeholders, interest groups and government with a view to ensuring virile business environment conducive for productive investments in the state.

The commissioner stated that the ministry has put in place laudable programmes and projects targeted at revitalization of the state economy which includes development of enterpreneural skill among the youths and women and the proposed construction of industrial cluster within Akinyele Local Government Area, Ibadan, in collaboration with Technology Incubation Centre, TIC, to expand the existing enabling environment in the state.

Olaleye further explained that the ministry is fully geared up to celebrate with other African countries the ‘Africa Industrialization Day,’ come 20th November, which is the day set aside by the United Nations, UN, to raise awareness regarding the industrialization challenges faced by the continent.

He therefore admonished stakeholders and federal agencies present to reach out to rural areas too by taking their programmes and activities to these communities that don’t put priority on social media but make use of the old analog way of communicating.

In their different briefings, the manager, SMEDAN, Mrs. Ojogbede Iyabo, State Coordinator RMRDC, Mrs. Bakare Adebola and Coordinating Director OYSIPPPA, Mr. Akin Makinde, JP, stated that the economic growth of a nation is greatly dependent on industrialization and stakeholders should approach relevant agencies for government financial assistance for manufacturers, agribusiness etc both at the state and federal agencies saddled with this responsibility with relevant documents in order to expand the economy of the State through the industrial sector.