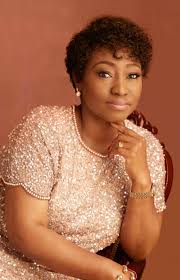 I was having a discussion with some people a few days ago, and we spent some time talking about some adults and the way they behave, setting a poor example for young people. It reminded me on an article I wrote a few years ago, here is an abridged version.

Recently, I was in a cosmetics shop to buy some items. As I was browsing through the merchandise, I could hear a woman talking on her cell phone. It took me approximately twenty minutes to make up my mind about what to put into my shopping cart. All this time, the woman was still on her phone.

She was speaking rather loudly and animatedly, and at some point, she got emotional. For a while there were only two of us in the shop, and it seemed that she had convinced herself that even if people around could hear her, they could not understand what she was saying. You see, the shop was in Atlanta, USA, and she was speaking in Yoruba. You might be wondering why she did not think about the fact that I could be another Nigerian, but I have been told my dreadlocks fool some people into thinking I could not be African.

A few years ago, when I was in a shop in Liverpool Street, London, a guy was on the phone to someone, raving about the two women he was currently ‘banging’, and how hot they were. He said enough for me to know he was also married! The details were so explicit and juicy, I lingered longer than I needed to in the shop. When the guy finished, I decided to teach him a lesson in discretion, so I walked up to him and said ‘Good afternoon’ in Yoruba. He reacted as if he had received an electric shock. I did not know you are a Nigerian he said. It should not have mattered if I was a Nigerian or not. He should not have been having that kind of conversation over the phone in public.

Fast forward to my co-shopper in Atlanta. When I was ready to pay for my items, I went to the payment counter and queued behind my Naija sister. She was still on her phone. She was so engrossed in her conversation that it did not seem to bother her that there was no one to attend to us, she kept on talking. After a few minutes, I called out to get the attention of a shop attendant, and someone came forward to assist us. All through the process of payment, the sister kept her phone glued to her ear. As she turned to go, still on her phone, I looked at her and said in Yoruba, ‘It is well’. She too panicked for a second, then smiled and thanked me. I hope she got the message. In the twenty minutes or so I spent listening to this sister, I learnt that she is married; her mother-in-law lives in Nigeria, but looms very large in her marriage; due to the insatiable demands of her mother-in-law, her marriage is in jeopardy and if her husband does not keep his mother in check, she will leave him and take her children with her.

I fully sympathise with this distressed sister, but this is an awful lot of information to learn about a total stranger in a public place.

For the purpose of this article, I am using 21 and above as my definition of an adult. Good manners are not something that was imported into African cultures from elsewhere. We all received the appropriate training from our parents, relatives, teachers, community leaders, religious leaders and so on, so we should not have an excuse for poor manners.

When we become parents and wards, we continue the cycle of teaching and learning. We cannot claim to be good leaders if we lack character, and good manners is one of the foundations on which character is built. I will list a few pet peeves I have with regards to adult behavior and good manners as follows:

The Use Of Cell Phones

For those of us old enough to remember what life was like before we all had access to cell phones, we are indeed very grateful for this innovation. The arrival of the cell phone should however not have coincided with the departure of commonsense, decorum and sensitivity. How can we teach our children the appropriate ways to use their phones when we are guilty of using our phones in church, yelling loudly into our phones in public spaces, and relating all our life history in 20 minutes to the hearing of total strangers?

One of the things that has always mystified me is the need for adults to turn their lives into a daily spectacle online. The next time you feel tempted to rant, gossip or assassinate the character of anyone online, take a deep breath. One day when you decide to run for office, you don’t want people to be reminded of times when your emotional stability was in question or what certain parts of your anatomy used to look like on Instagram. Just the thought of your children being old enough one day to read what you post should be enough of a deterrent.

A lot of people chew gum in public, old and young alike. Call me old school, this was not a ‘thing’ when I was growing up, so I can’t understand why people now have the need to chew gum visibly and audibly in public. Our teachers back then used to take a very dim view of this habit. You can chew gum in private; chewing gum in public spaces is rather tacky. If you need to freshen your breath, there are mints and sweets you can pop into your mouth discreetly. For the sophisticated who travel often, there are Listerine strips.

This is a tricky one. Let me first of all dissociate myself from the brigades who mount surveillance on women in the name of ‘curbing indecent dressing’. Adult females can make informed decisions (an informed decision does not have to be a smart one) about how to dress. Both males and females should learn the art of appropriate grooming. You look the part you want to play.

If you are attending a board meeting, a worn out pair of shoes might not look good. If you are a woman, that mini-skirt might not be a good idea, especially if you need to bend down to pick up something.

For the fashionistas who are interested in ‘Advanced Level’ grooming, you do not wear white or black to weddings, and what looked good on Naomi Campbell or Lupita Nyong’o might not be right for you.

Unless the person you are visiting has declared ‘open house’, please do not visit without an appointment. This was one of my father’s pet peeves; he used to complain when people dropped by without asking him first. He would say to us, ‘People do not seem to care if you need time to yourself.’

Why would you visit me without checking? Visiting people without phoning first to check if they are able to see you is rude behaviour. Even if they are home, they might want to spend the time doing other things such as resting, attending to a task or seeing other people. I have been told that people do this because they are afraid that if they call to ask for an appointment, you might not give it to them, so the best option is to ‘ambush’ you.

A place where you encounter adults behaving badly is in restaurants. We need to be polite to the waiters, stop using our cellphones at the table and be sensitive to other diners. If you are someone’s guest, and you are not paying the bill, it is in poor taste to complain about anything even if your grievance is legitimate. And there is no such thing as ‘Tipping is unAfrican’.

Good manners are not a luxury, useful only to the elite. All of us should have good manners. No one is born with manners, we all have to learn, and we do not have to be perfect. None of us should be an `abíikó or àkóìgbà . That is what makes the difference in getting hired, keeping a job, getting a promotion, being considered for a position or earning the respect of others. Any adult over the age of 21 has a duty to teach younger ones. We cannot preach things we do not or cannot practice.

•Adeleye-Fayemi, a gender specialist, social entrepreneur and writer, is the founder of Abovewhispers.com, an online community for women and can be reached at BAF@abovewhispers.com

Where To Get Great Sex!