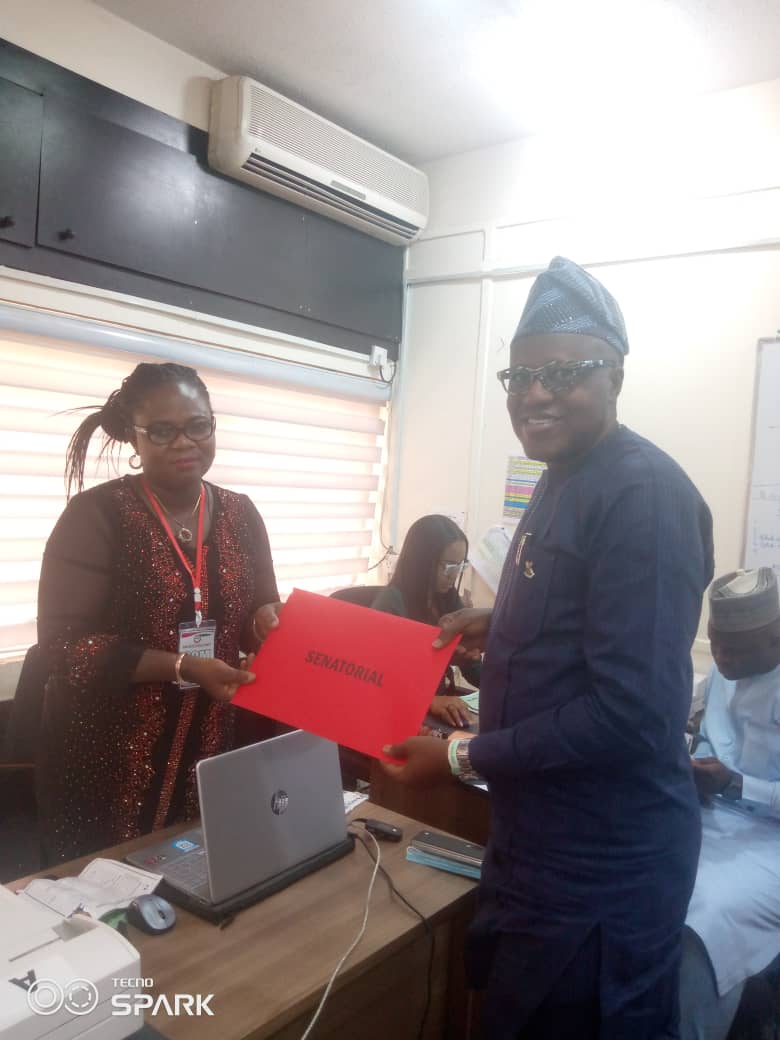 An aspirant for Oyo South senatorial district in the 2023 election on the platform of the Peoples Democratic Party, PDP, and the chairman, Oyo State Universal Basic Education Board, Oyo SUBEB, Dr. Nureni Aderemi Adeniran, has obtained the PDP nomination form.

Adeniran confirmed to newsmen today that he has obtained the PDP expression of interest and nomination forms.

Adeniran, one of the illustrious sons of Agbokojo, a community in Ibadan South-West Local Government Area, presently heads the state Universal Basic Education Board.

Dr. Adeniran is one of the frontline philanthropists in Oyo State and indeed Nigeria, and has positively touched several lives by virtue of public offices he held in the past, wherein he performed creditably well.

Dr. Adeniran, a trained lawyer and an educationist, was born on June 20, 1961, into the Adeniran family in Ibadan South-West Local Government Area of Oyo State.

His father, Hon. Rasaq Adeola Adeniran, was a member of the old Oyo State House of Assembly in the Second Republic.

Dr. Adeniran attended the University of Ibadan, where he studied Adult Education and Political Science. After the required years in UI, he graduated with a Bachelor of Education Degree with 2nd Class (Honours) Upper Division in 1990.

He bagged LLB (Hon) from the University of Ibadan, with 2nd Class (Honours) Upper Division and thereafter proceeded to the Nigerian Law School, Lagos, where he passed the Bar final examination.

The OYOSUBEB boss was subsequently called to the Nigerian Bar as a solicitor and advocate of the Supreme Court of Nigeria.

He was the Executive Chairman, Ibadan South-West Local Government between 1999 and 2002; nember, LAUTECH Teaching Hospital Board, Osogbo and a commissioner, who served in two different ministries, including the Ministry of Education, Science and Technology in Oyo State.

We Are Maginalised In Political Appointments, Lagosians Cry Out