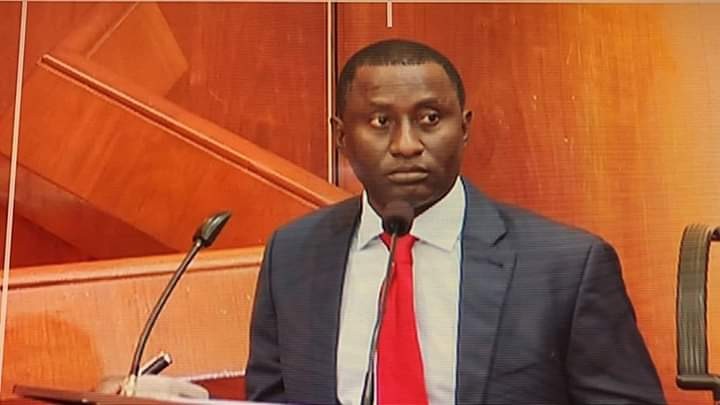 The Federal Government yesterday canvassed for increased partnership with the Governor Ben Ayade-administration in Cross River State in the area of developing the huge solid minerals potentials which the state is endowed with.

The Minister of State for Solid Minerals, Dr Ugochukwu Sampson Ogah, stated this during a courtesy visit on Governor Ayade, at the State Executive Council Chambers of the Cross River State Governor’s Office Calabar, adding that with proper synergy, states and Federal Government stand the chance of boosting the revenue base of government for infrastructural development and raise the standard of living of Nigerians.

The minister, who is presently in the state on a two-day working visit, stated that if he were to assess the state, Cross River State is a blessed state with over 33 solid mineral deposits, which if properly tapped or harnessed, the state may go a long way to reduce poverty of its people, given the fact that mining sites would generate employment opportunity for a teaming army of unemployed youths in host communities.

While calling on local communities, states and Federal governments to work harmoniously with one another to harness mineral deposits of each arm of government, which he described as serious with business of increasing the country’s revenue base, Ogah said, “We are here on a two-day working visit to share with you the vision and policy of President Muhammadu Buhari in developing the nation’s solid mineral deposits.

“We are also here to solicit your administration’s partnership and support in accelerating the development of the huge solid minerals found in Cross River State which is over 33.

“The state is blessed with so much potentials and all stakeholders need to be sensitized on the need to conduct mining activities with due process.

“The President is keen to revive the solid minerals sector and diversify the economy and strongly believes that the exploitation of our mineral potentials serves as a strong foundation for the diversification of our economy.”

Responding, the Cross River State governor, Senator Ayade lauded the Federal Government for seeking to partner with his administration in solid minerals development/ exploitation, promising to put his weight behind both governments for proper exploitation of the solid minerals.

Ayade urged the Federal Government to come up with a modality to be used in finding approval of the state governments and their supervision before issuing mining cadastral to investors.

Speaking at the stakeholders meeting which took place at the mega Hilton Hotel, Cross River State Housing Estate, with key players of the mining sector, the minister stressed that the President Buhari’s administration is committed to doing away with all manner of illegal mining activities, which the country is bedeviled with.

He said that with collaboration and synergy with various stakeholders and leaders of thought in host communities of mining sites/ deposits, government can overcome several challenges, ranging from environmental issues to civil disturbances in host communities.