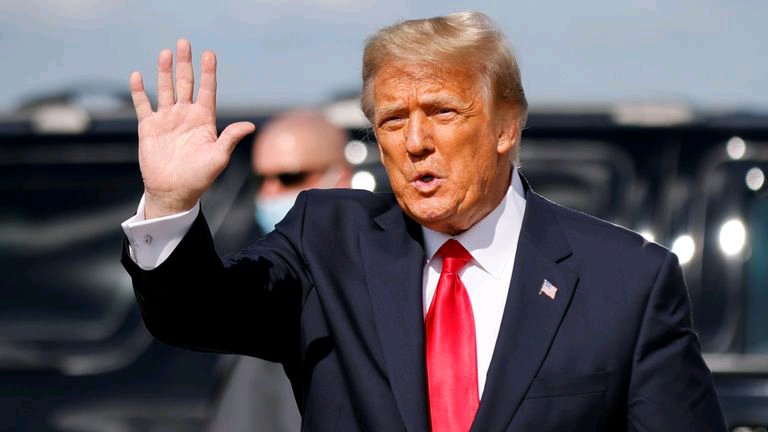 The Senate President pro tempore, Patrick Leahy, gaveled in the chamber at 1:01 p.m. as Trump’s aides claim the former President will watch every minute on TV from the comfort of his Mar-a-Lago residence.

A senior aide to a Democratic impeachment manager, according to NBC News, said that the proceedings will resemble a “violent crime criminal prosecution.”

Impeachment managers will present their case for conviction by using video of Trump speaking, the January 6 Capitol riots and the former President’s tweets to show that he incited the MAGA riot.

It is unclear what never before seen evidence could pop up in the trial, considering the lead up, day-of, and fallout from the riot last month, all largely happened in the public eye.

The nine managers, led by Representative Jamie Raskin, will attempt to show Trump spent weeks laying the groundwork for what happened the day Congress moved to certify the election for Joe Biden.

And an aide claimed they would try to prove that he intentionally ‘incited it further’ after the violence broke out.

Meanwhile, Trump has told his aides he is preparing for a gun blazing return to politics after his almost assured acquittal.

The former President is comparing the whole ordeal to his time as a reality TV personality, claiming the period between leaving Washington and waiting for the trial to conclude is like waiting for a new season of his show to start.

An aide said, “He’s compared it to that time in between seasons of ‘The Apprentice,’ building anticipation and wonderment for what’s to come’,”

As the Senate trial kicks off Tuesday afternoon, the former President will forgo his usual routine of hitting the links at his Palm Beach golf club, and instead set up in front of the TV for the remainder of the proceedings, his aides say.

In a press conference before the proceedings, Senate Majority Leader, Chuck Schumer said Democrats are aiming to hold Trump “accountable for the most serious charges, ever, ever levied against a president.”

He enthused, “The Senate has to find – is he guilty of inciting the violence that ensued?”

Impeachment managers, led by Representative Raskin, tried on Thursday to compel Trump to testify in the trial. But Senate leadership has snubbed the idea of witness calling in general in an effort to expedite the process.

Starting Tuesday at 1:00 p.m., the Senate President pro tempore, Leahy will call the session to order. Both sides will then get two hours each to present their argument for and against the constitutionality of impeaching a former President.

After the four hour debate, the Senate will vote on whether it is constitutional to move forward with impeachment. The motion will likely pass as it only requires a simple majority.

Following the vote, the Senate will adjourn for the day and pick back up Wednesday morning.

David Schoen, one of Trump’s impeachment defence attorneys, withdrew his previous request to pause the trial Friday evening and all Saturday so he could observe the Sabbath.

He said in a letter to Senate leadership on Monday, “I very much appreciated your decision, but I remain concerned about the delay in the proceedings in a process that I recognize is important to bring a conclusion for all involved and for the country.

“I am writing today to withdraw my request so that the proceedings can go forward as originally contemplated before I made my request.”

He added that changes were made in the defence strategy that will allow him to take off but the trial to proceed.

This means the trial proceedings could run straight through the weekend without any break.

While Schoen is expected to present the defence’s case on Tuesday, the President’s other impeachment defence lawyer, Bruce Castor – and his associate, Michael van der Veen – are expected to take over for the remainder of the defence case.

Democrats are charging Trump with “incitement of insurrection,” specifically pointing to a speech he made to thousands of his supporters on January 6, before they marched to the Capitol and stormed the building.

The riot resulted in five deaths and hundreds of injuries – it also caused six hours of chaos and fear among Congress members, who were forced to shelter in place, evacuate or hunker down in the chambers as protesters banged on the doors.

Why I Visited Tinubu -Fayemi