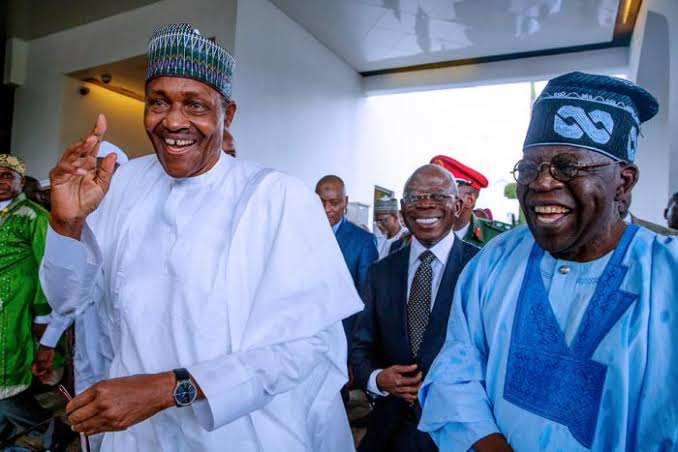 National Leader of the All Progressives Congress, APC, and former governor of Lagos State, Asiwaju Bola Tinubu, has reacted to a recent report that he’s settled for a property in highbrow Abuja, as the headquarters of his campaign for 2023 presidency campaign, saying that his present pre-occupation is helping President Muhammadu Buhari deliver on his mandate

The PeoplesGazette had reported that Tinubu’s campaign headquarters will be situated in a Maitama property that once housed a private school.

The property is described as a “2,700 square metres building, former home of Eagle Heights International Schools, which sits just north of the Philippines Embassy at 2, Kainji Crescent and just across the street from Body of Benchers, which regulates admission into Nigerian legal education institutions.”

It was also reported that the property was secured for two years at N15 million per annum, a price rela estate valuers considered a steal.

But reacting to the report through his spokesperson, Tunde Rahman, Tinubu said that “he has not even declared his intention to contest the 2023 presidential election, let alone open a campaign office.”

He said, “I have repeatedly said 2023 is still some years away; and I am at present focused on helping President Muhammadu Buhari to deliver on his mandate as he is doing and coast home to victory.”

Although CompassNG can report that there are indications that Tinubu is interested in contesting the Presidency in 2023, or nominate someone for the job; he is yet to officially declare the intention.

Incumbent President Buhari will complete his constitutionally alowed eight years of two terms in 2023; and a gentleman’s agreement has been hatched within the APC family to rotate the presidency to the South, which is Tinubu’s base.

Who Was The Angel On Lufthansa Flight LH595 Abuja To Frankfurt?