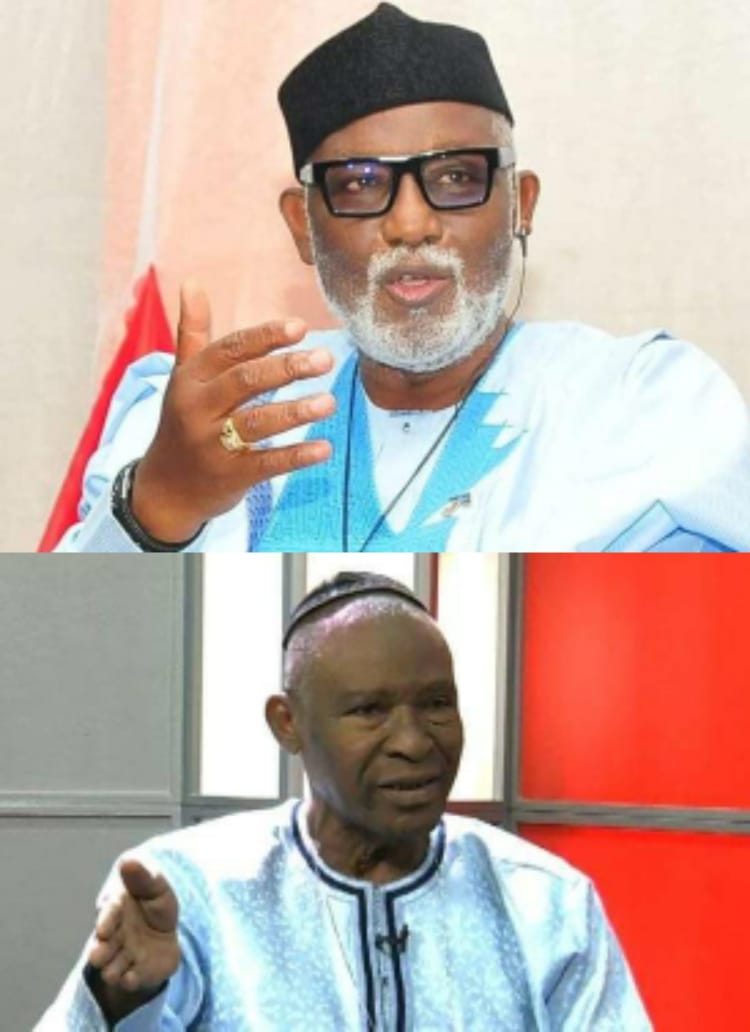 Bishop Williams, who recently lambasted the Christians Association of Nigeria, CAN, over its opposition to the Tinubu- Shettima,(Muslim-Muslim ticket) of the All Progressives Congress, APC, expressed his unreserved congratulations to Governor Akeredolu during an engagement with journalists in Ado-Ekiti yesterday.

‌He revealed that God in His mightiness is directing and making preparatory providence for a smooth electoral victory for the Tinubu – Shettima ticket at the 2023 presidential election by ensuring that people who are fit and proper are being raised to put their hands, heads and hearts into the project.

‌Bishop William disclosed that “when it is God’s project, everything will be falling into the right places via the engagement of right people in the right places, mass acceptance and mass endorsement of the favoured candidate, while discord, chaos instability and upheaval reign in the opposition camps.
‌
“Thus, the appointment of Governor Akeredolu as the South West Campaign Coordinator of Asiwaju Ahmed Tinubu Campaign Council is divine, appropriate and befitting.”
‌
‌Affirming this, he declared, “I hereby publicly identify with Asiwaju Bola Ahmed Tinubu, for appointing Governor Rotimi Akeredolu as his Campaign Coordinator in the South West; and also use this engagement to congratulate the amiable governor of Ondo State, Arakunrin Rotimi Akeredolu on this appointment.

“This appointment is not only apt and deserving, but also desirable upon being competent and eligible for the post in all ramifications.”

‌Bishop Williams said that Governor Akeredolu, “apart from being the Chairman of the Southern Governors’ Forum, he is also a precision strategist and goal-getter, whose aura and positive vibrations are assets for the accomplishment of the mission in the South West.”

‌He pointed out that “Governor Akeredolu has, in the past six years, consistently endeared his personality into the consciousness of the nation as a strong-minded, trustworthy soul, by championing the regional interests with fearless declaration and proactive actions.”

The man of God, MoG‌, reckoned that Governor Akeredolu’s role in the formation of the Development Agenda for Western Nigeria, DAWN, Commission and his unrelenting commitment to the inauguration, funding, reinforcement and operation of Amotekun, which has restored appreciable security and hope for the people of South West, makes him an asset, who can effectively market and brand the Tinubu – Shettima ticket across political lines in the South – West.”

‌He reinstated his erstwhile declaration of support of his ministries, associations and members of his church and also promised to mobilize other Christian associations for the victory of the Tinubu – Shettima, Muslim – Muslim ticket.

The Bishop averred that “good and purposeful governance is not a matter of creed and religiosity. It is a matter of good heads, good policies and good people, who are determined to serve as change agents. I see these in the Tinubu – Shettima ticket. And I have no apology for this.”