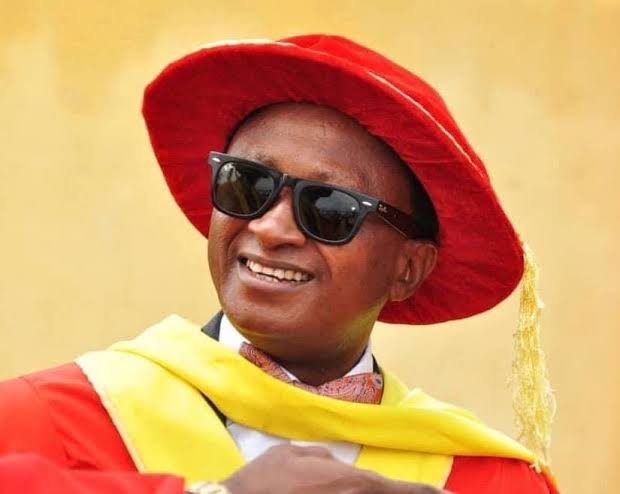 A chieftain of the Peoples Democratic Party, PDP in Cross River State, Sir Don Cklaimz Enamhe, has alleged that the state government did not follow the proper procedure before establishing the new rice processing mill in Ogoja Local Government Area of the state.

Enamhe alledged that the state governor,Prof Bẹn Ayade, cut corners in the course of trying to set up the ultra-mordern rice processing factory, perhaps to score cheap political goal.

The Director-General, DG, Senator Jarigbe Agom Jarigbe Campaign Organisation, Enamhe, made the allegations while speaking with journalists yesterday in Calabar.

Enamhe was quoted in various news media and social media platforms as giving kudus to the state governor on the just concluded Ogoja rice plant project, where rice paddies are to be processed on daily basis in the ultra-mordern rice processing plant, set up by the Prof Ayade administration in Ogoja Local Govenment Area.

Enamhe, an immediate past aide to Governor Ayade, before quitting to join Senator Jarigbe, stated that his comments about the mill were made over three months ago, as a stakeholder of a host community and ever since he made the comments, nothing has happened at the plant.

He said, “There is nothing wrong in being objective, for me, objectivity is about speaking truth to power.

“More than three months ago, I had cause to speak at the palace of His Royal Highness, King AMA Mgbeje III, the king of Nkim nation in Ogoja, where I am a Chief – Ntol Ikobi-Kon-A-Mfam I, (Nobel Laureate of peace).

“He summoned all of us, stakeholders to go and look at the rice project and when I got there I saw it and was very impressed.

“Three months after I made these clear remarks about the rice factory, they have not produced one grain till now.

“No Ogoja man has rice on his table from the factory, no truck has entered there to bring out rice.

“You see, as a student of economics, an industry must be near supply, that is the Japanese model, it should be near water, there is no water there.

“It should also have constant light, there is no light there, I showed them, but all that was cut from the tape.

“I said the people I saw working there were not Cross Riverians and I also said we should try and employ young people around there.

“This government has a history, they said the deep sea port will be ready in 18 months, as I speak there is no deep sea port.

“They said the super highway will be ready in three years as at 29th May 2015, today there is no super highway.

“The Cross River State second power plant should have been ready by 2020, no such thing is on the ground.

“Look at the Cambodia grass that was to solve the farmers/herders crisis, where are they today, so there is no way the rice mill will be on.

“Since these other projects have not functioned and I went and saw them trying to cut corners to bring out rice.

“I felt if I encourage them, this one will function because as a politician, I am also a statesman.”

But reacting to the issue, the Chief Press Secretary, CPS, and Special Adviser, SA, to Governor Ayade on Media and Publicity, Mr. Christian Ita, blasted Enamhe, who he tagged “a blatant liar, who is doing everything humanly possible to safe his job.”

Ita stated that that shows that Enamhe had nothing nor value to add to the administiion of Prof Ayade, stressing that it was the reason he fled to join detractors of the good government of Ayade, who had been doing everything possible to ensure that the state is transformed.

He added, “Anywhere let me not join issue with Don Cklaimz; I think he knows that whoever they claimed to be supporting is not Ayade’s match.

“It shows the kind of people that are in Cross River State PDP.”