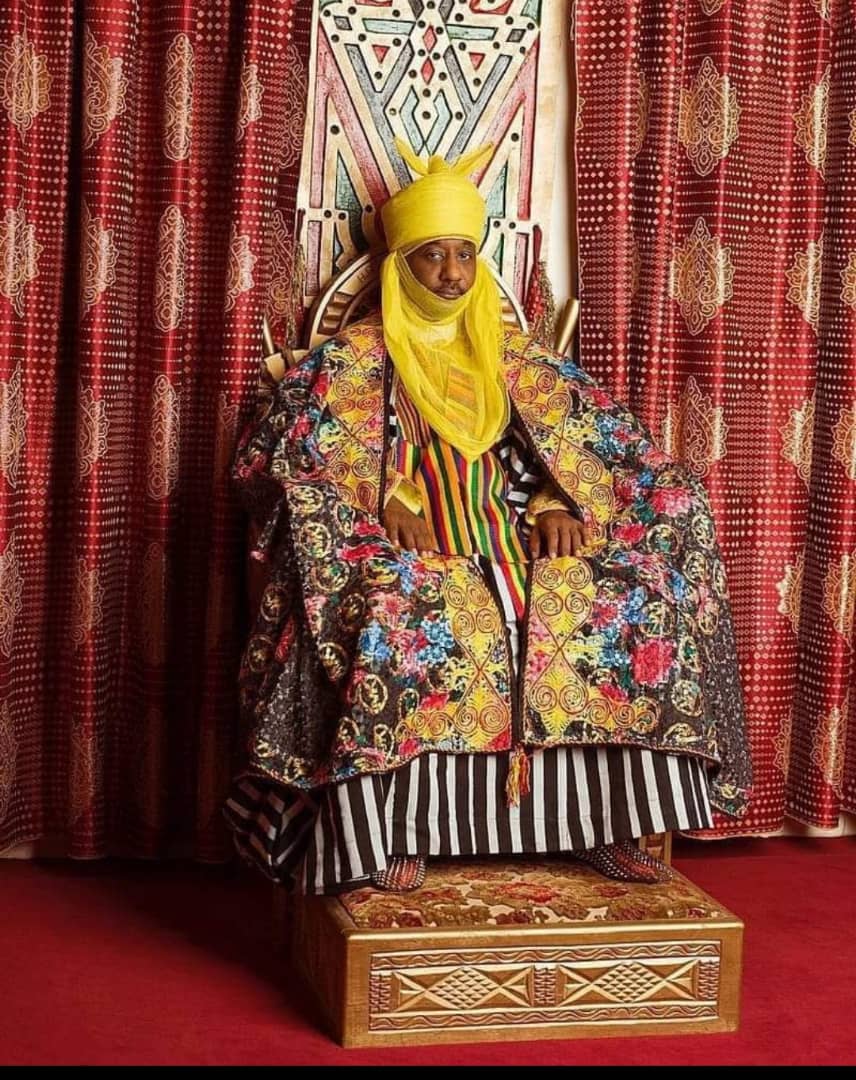 I’m not here to argue whether former Emir of Kano, Sanusi Lamido Sanusi II, is a saint or a sinner. I’m not here to canvass for Sanusi as a presidential candidate in 2023. Those who suggested on social media that he’s a good presidential hopeful should stop the nonsense. Going by the records of Northerners who had ruled Nigeria, I believe Sanusi will not make a good president.

Indeed, we should not make the mistake of electing a Northerner in 2023 assuming Nigeria still remains one country. I believe Nigeria needs a fresh face with fearless ideas. Someone who is not beholding to political god fathers who destroyed our nation. I’m here to discuss the impact of the dethronement of Sanusi on the feudal, backward, wicked, and oppressive Northern Islamic caliphate.

The dethronement of Sanusi didn’t come as a surprise to me. His removal means the North is on the road to total collapsed civilization. I saw it coming after the speech he gave at the birthday party of Governor El-Rufai of Kaduna State.

In the speech, Sanusi analyzed the ineptitude of ruling Northern elites who govern the North. In a scathing indictment, he blamed them for failing to improve the welfare and wellbeing of their people. Sanusi concludes that “if the north didn’t change, it will destroy itself. The country is moving on. If we don’t listen, there would be a day, when a Constitutional amendment that addresses these issues of quota system and federal character.”

Using his speech as a backdrop, I penned a piece titled “North Has Destroyed Itself, Destroyed Nigeria, Separation Is Only Way Forward (SaharaReporters, February 24, 2020). I said, “We can all agree that all the different ethnic groups that had ruled Nigeria past and present, military dictators or civilian presidents, failed abysmally to transform Nigeria.

“We are witnesses to the fact that those from the North are the worst military dictators and the most ill equipped civilian presidents.”

I conclude that “it’s not that the North will destroy itself as Sanusi warned. The fact is, the North had destroyed itself and destroyed Nigeria.”

Few days after the speech, the Kano State Governor Abdullahi Ganduje, who was caught in a video stuffing bundles of dollar notes inside the pockets of his Babariga dress, being the bribe he got from contractors doing business with his government, removed Sanusi as Emir of Kano and banished him to Awe in Nasarawa State. Sanusi had since been granted the freedom by the courts to move freely anywhere in Nigeria.

Sanusi is not an ice cream sucker Emir, but a fire eater. He is perhaps the North’s best sharp shooter, a loaded verbal rapid fire marksman. Sanusi represents the most authentic, progressive, revolutionary in the history of the North. He never wasted any opportunity to tell the Northern reactionary forces that their moribund ideology, ancient beliefs, and the primitive social feudal system have a place only in the museum of history. He always remind the Northerners that the feudal oligarchy represents a dying person who is sinking fast, like the sun setting beyond Olumo Rock and that the system will soon extinct like the dinosaur.

The impact of Sanusi’s dethronement could better be imagined than described. The North will continue to suffer from stupid people who rule them: Kano State Governor Ganduje; Senator Sabi Aliyu Abdullahi from Niger State who sponsored the hate speech bill designed to kill our freedom of speech; Senator Ibrahim Gaidam from Yobe, who introduced the bill that will create agency for “repentant” Boko Haram terrorists; Hon Alhassan Ado-Doguwa from Kano, Majority Leader, House of Representatives, who showcased his four wives to his colleagues during a debate in the house, boasting that the four wives have produced 27 children and still counting; I can go on, and on, and on.

The stupid ruling class in the North are irrational, brainless, crude, and unsuitable for any leadership position. They are the greatest enemies of their own people, causing them untold hardships, poverty, and miseries. They are the cause of everything that’s wrong with the North. To them, governance is exploiting the people, it’s amassing wealth and it’s plundering the economy.
With Sanusi’s removal, the voice of reasoning and enlightenment has been silenced – temporarily. The North will continue to be ruled by people who lack competence in logical reasoning, and emotional intelligence. People of questionable character. People of no conscience. People without vision. And people who don’t live their own. I’m not preaching doom and gloom scenario, rather it’s a case of waking up to reality. Sanusi’s removal will give a blanket license that guarantees perfect storm of misguidedness and wrongheadedness to the primitive tyrants ruling the Northerners.

Innovation, creativity, economic development, and education of millions of Almajiris will continue to elude the North. Life will be harder for the Almajiris and the Talakawas. They will be subjected to the religious belief of the feudal lords that fate rule their existence, therefore there will be little hope for improving their conditions.

The Northern peasants will be consigned to perpetual life of serfdom. They will be denied of upward social mobility, basic education, infrastructure, and freedom of choice. Women will continue to serve as property of their fathers or husbands. They will not be permitted to marry men of their choice. They will be disallowed from wearing clothing of their own choosing, or listen to music of their taste, without permission from a man. The Northern poor will have no access to Internet and other forms of modern technology and communication or information. They will for long remain behind civilisation. They are left out of the modern life!

However, the will of the people cannot be suppressed forever. No matter how long the Northern reactionaries try to hold back the wheel of history, the revolution they fear so much will eventually consume them. The Sanusis among them will rise up again and will inevitably triumph over the forces of evil and darkness. It will mark the beginning of the Northern Revolution. It’s coming. It’s unstoppable. It’s almost here!

•Oluwasanmi writes from the United States of America

Over 9,000 Lagosians Have Benefitted From Govt’s Poverty Alleviation Initiatives -Commissioner