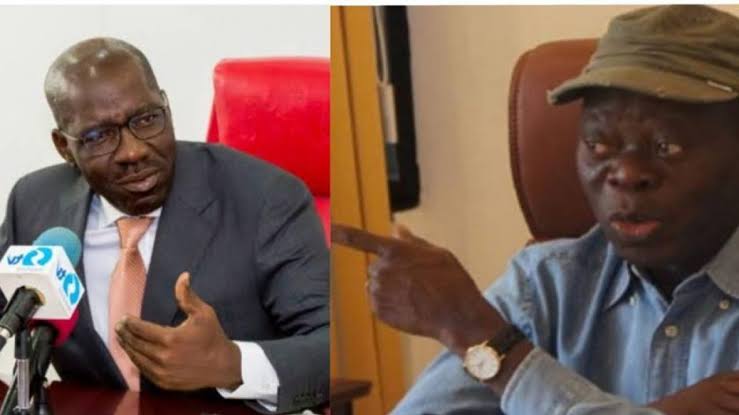 There seems no end to the crisis bedeviling the Edo State chapter of the All Progressives Congress, APC, as a faction of the party allegedly said to be loyal to the embattled National Chairman, Adams Oshiomhole, has opened a parallel party secretariat in Benin City, the state capital.

But the faction of the party, said to be loyal to the stat governor, Godwin Obaseki, has deplored the develooment, describing it is unconstitutional.

Sources said that the opening of the factional secretariat on Wednesday, March 20, was to ensure that Obaseki,  who is seeking reelection for a second term ahead of the September 19 gubernatorial poll, does not enjoy undue advantage over other aspirants, including: Pastor Osagie Ize-Iyamu,  Dr. Pius Odubu,  Chris Ogienmwonyi, Maj.-Gen. Charles Airhiavbere (rtd.) and Saturday Uwalekhue.

The acting state Chairman of the Oshiomhole’s faction of the APC in Edo State, Col. David Imuse (rtd.),  insisted that he remained in charge of the party’s affairs in the state, adding that Anselm Ojezua, the APC chairman, loyal to Obaseki,  was legitimately removed.

Factional spokesman of the faction, Chris Azebanmwan, averred that Imuse remained the acting chairman of Edo APC, a position he claimed empowered him to attend the last National Executive Committee, NEC, meeting of the party in Abuja as Edo State APC chairman.

But, Ojezua, however, insisted that he remained the legally-recognised chairman of the APC in Edo State and that he is operating with members of the state executive council from the “authentic” secretariat of the party in the state.

Spokesman of the Obaseki faction, Pastor Joseph Osagiede, said, “I am not aware of any other state secretariat. That is not allowed by law. Our party does not allow for two secretariats. So, what they might have done is illegal and unconstitutional.”

Between Ogun Gov’t And Political Pensioners