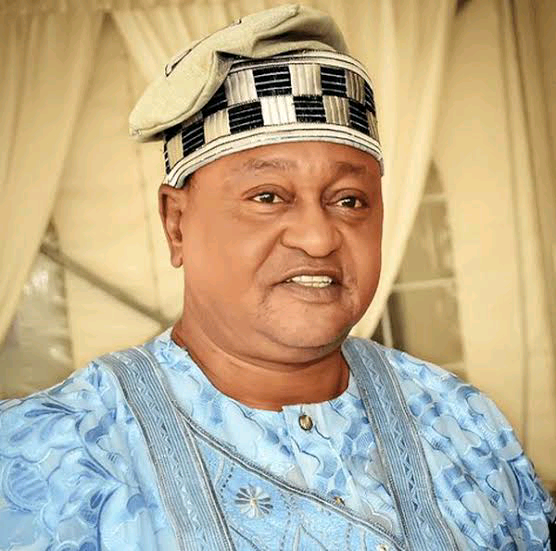 Veteran thespian and movie director, Prince Jide Kosoko, on Friday, joined a host of other notable leaders and players in the Nigerian movie industry to rally support for the presidential candidate of the All Progressives Congress, APC, Asiwaju Bola Tinubu; and the reelection of the governor of Lagos State, Babajide Sanwo-Olu.

The rally, under the auspices of the Creative Directorate of the Independent Campaign Council for Tinubu-Shettima and Sanwo-Olu-Hamzat, took the thespians around Ikorodu, in the Lagos East senatorial district, and was said to be a prelude to the ICC Creative Directorate’s Campaign Crusade, slated for the Ita-Elewa Field, Ikorodu on Sunday, 22nd of January, 2023.

Kosoko, who is the secretary of the Creative Directorate of the Tinubu-Shettima Presidential Campaign Council, during the rally, encouraged residents of Ikorodu and its environs to make haste to collect their Permanent Voter Cards, PVCs, which he said is the only licence they have to determine who becomes the next President, governor, senator, House of Representatives member and member of the state House of Assembly representing their localities.

Kosoko averred that the rally and campaign crusade in Ikorodu is the first leg of a three part rallies and campaign crusades, as the team will also storm the remaining two senatorial districts in the state, Central and West, to drum support for all the candidates of the APC in the February 25 and March 11 general elections.

Speaking to journalists shortly after addressing the crowd that gathered at Igbogbo, Ikorodu, to welcome the team, Prince Kosoko said, “What we are doing today and will continue tomorrow (Saturday) and it is to achieve three purposes. One is to sensitise the residents of the areas visited on the need to collect their PVCs. Reports from INEC showed that there are still a high number of PVCs yet to be collected by those that registered, making it imperative for us as models and public opinion moulders to take the campaign for the collection of PVCs to the local people.

“Secondly, we are doing this to encourage and convince residents of Lagos East senatorial district and the other two districts we shall be visiting on the merits of voting for Asiwaju Bola Tinubu and his running mate, Senator Kashim Shettima, Governor Babajide Sanwo-Olu and his deputy, Obafemi Hamzat, for a second term, Senator Tokunboh Abiru, Rep member, Babajimi Benson and off course the House of Assembly candidates of the APC in the district.

“Thirdly, we are using the street and market rallies to attract residents of Ikorodu to attend the campaign crusade slated for Sunday in Ikorodu. We christened the Sunday event Campaign Crusade because we shall be preaching the good news of Asiwaju Tinubu and Governor Sanwo-Olu and all other candidate’s candidacy in the forthcoming elections.

“For us, it is goodness that these noble men have presented themselves to Lagosians and Nigerians for service. It then behoves on us to preach it so that we can get as many as possible to key in into it and massively vote for them on election days.”

Speaking in the same vein, Alhaji Yinka Quadri, who is the Director of the ICC Creative Arts Directorate, said his directorate is in high spirit and ready to go all out to ensure that all the candidates of the APC in the state, including the party’s presidential candidate, Asiwaju Tinubu, receive the maximum support and votes of Lagosians.