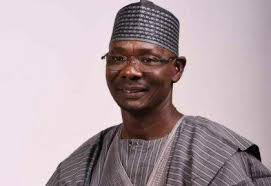 The Nasarawa State government Tuesday declared three-day lockdown of Nasarawa Local Government Area of the state to enable the tracing of contacts of the late Adamu Suleiman, who represented the Nasarawa Central state constituency in the state Assembly by officials tasked with the responsibility.

Adamu Suleiman was reported to have died last week from complications attributed to the dreaded COVID-19 pandemic.
The state Commissioner for Information, Dogo Shammah, who announced the lockdown of Nasarawa Local Government, which commences on Tuesday, while briefing journalists at the end of the state expanded council meeting held at the Government House, Lafia, said, “The lockdown of Nasarawa Local Government Area will be for three days to enable personnel detailed to trace people that had had contact with the late lawmaker, either at the hospital or at the funeral in order to avoid community transmission.”
Shammah however said that the initial curfew imposed by the state government on Karu Local Government Area has been partially relaxed as a result of the relaxation on Abuja lockdown by the Federal Government.
The commissioner maintained that the curfew and other restrictions imposed on other parts of the state were still intact.