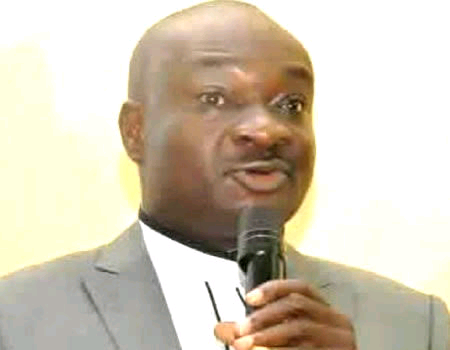 Savouring the award of the Personality of the Year given to the Vice Chancellor, VC, of the Federal University of Agriculture, Abeokuta, FUNAAB, Prof. Kolawole Salako, by PR Primus Limited, in conjunction with the Nigeria Institute of Public Relations, NIPR, congratulatory messages, extolling the sterling leadership qualities of the VC have been rolling in.

In his congratulatory message, the Chief Medical Director, CMD, of the Federal Medical Center, FMC, Abeokuta, Prof. Adewale Musa-Olomu, described the award as “well-deserving, because Prof. Salako is a visionary leader spiced with pedigree.”

According to Prof. Musa-Olomu, “This award, no doubt, is well-deserving, judging by your pedigree as an internationally acclaimed scholar, forthright, resilient, versatile, focused and visionary leader.

“The uncanny wisdom with which you have been piloting the affairs of FUNAAB since your assumption of office as the sixth substantive Vice Chancellor in about five years ago; and remarkable monumental achievements are indeed unprecedented.”

The FMC CMD further extolled the virtues of Prof. Salako, pin-pointing him as a pragmatic and exemplary leader, stressing that under his leadership, the university witnessed the most peaceful and result-oriented period.

Prof. Musa-Olomu also stated that the series of outstanding breakthroughs the university has recorded under his administration in the areas of enterprising agriculture researches and crop rotations are worthy of celebration, adding that students of the university have continued to make their marks all over the world.

Similarly, the Managing Director, O.A. Alabi Nigeria Limited, Mr. Muyiwa Alabi, while describing the VC as a quintessential academic and administrator par excellence, disclosed that his first encounter with him gave him a glimpse of his persona, stressing that he is a man whose mien does not tell the whole story of the tremendous human being that he is.

He further described him as “a man of many parts with a work rate that is fuelled by his boundless energy and desire to leave a lasting impact upon anything given to him as a responsibility,” stressing that “the intellect, incisive questions, and his ability to listen, with his uncommon display of native intelligence in dealing with the complexities and burden of leadership are all worthy of emulation.”

Also, the CEO, S.S Ladson Limited, Prince Adeniyi Oladeinde, and the Managing Director De-Mafas Petroleum, Alhaji Fatai Soyoye, congratulated the VC on his Image Award, stating that his outstanding personality has endeared him to many people, irrespective of their status, ethnic or religious affiliation, and wished him many more achievements.