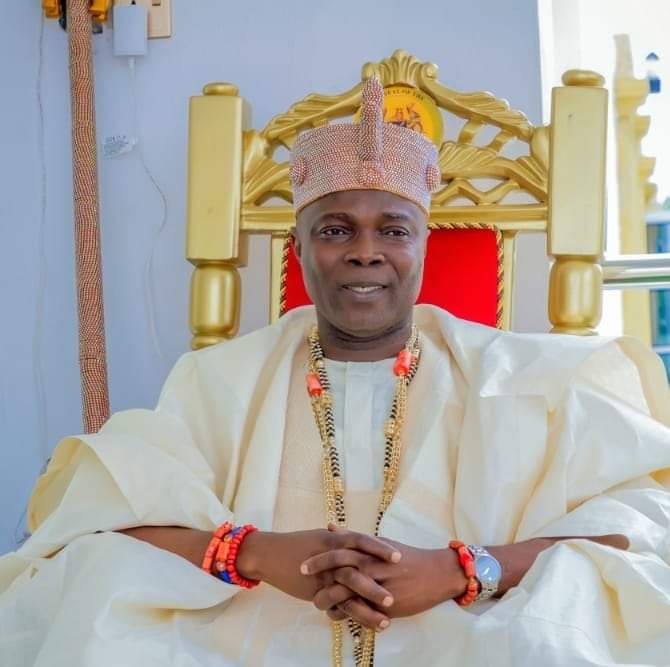 In a message by his media office, the Olowu, who was appreciative to God and the people for their support, said the reward of hard work is more work.

On a reflection, the monarch said he has enjoyed tremendous goodwill from the people over the years, expressing appreciation to God Almighty for his modest achievements, through micro credit scheme and other empowerment programs championed by his beautiful Olori to his people.

The Olowu, who is stil in a celebration mood, said that the anniversary was low key to reflect the mood of the nation, praying God to heal Nigeria and restore sanity in our security and economic sectors, which are two most viable indexes for growth.

He was particularly grateful to his Exellencies, the governor of Osun State, Gboyega Oyetola and former Chief of Army Staff, CoAS, and Nigeria High Commissioner to Benin Republic, Ambassador TY Buratai, for the construction of Kuta-Ede bridge, which has been left unattended to for more than 100 years.

According to Oba Makama, “I want to use this occasion to thank all well-meaning individuals across the country, who have contributed to the development of my kingdom and people, God be with you all.”

Reminiscing on his Facebook page, the monarch said, “To God be the glory. 10 years ago, we made convenant with our people and God.

“Looking back, we have indeed covered a legacy milestone.

“Royalty is natural service to mankind.”