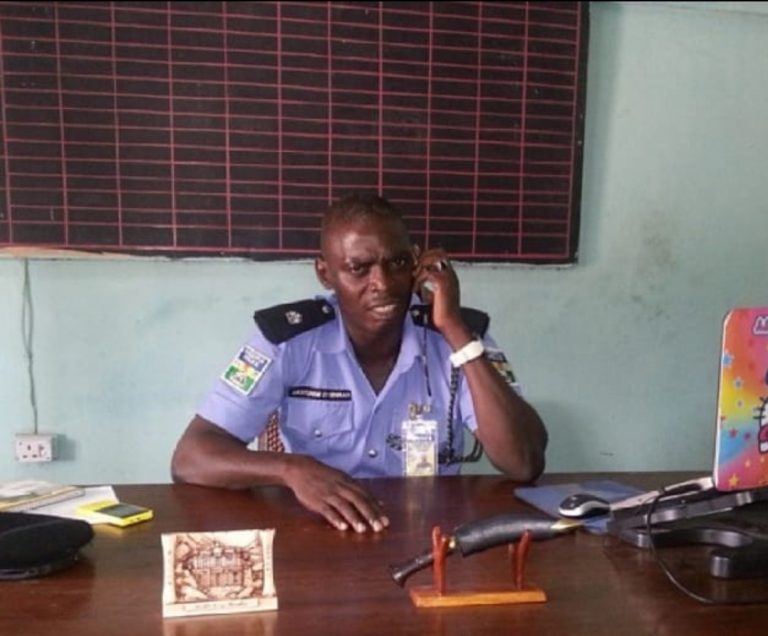 According to the media practitioner, the DPO, deployed to Eleyele Police Station, CSP Oyeniran, alleged that his car mirror was hit by Don Tee’s power bike at Aleshinloye axis, in Ibadan.

The DPO thereafter ordered his men to brutalise Don Tee, and they descended on him with slaps and bashings.

After the beating and assault, which resulted in some injuries, swollen face, and bruises for the media manager, as well as damages to his crash helmet, the DPO later order the arrest of Don Tee and the seizure of his mobile phone.

Speaking on the incident, battered Awobode lamented that his fundamental human rights were violated, despite the fact that the DPO’s vehicle was not even scratched, let alone get damaged.

Reacting to the assault on the journalist on Tuesday, the Oyo State Council of the Nigeria Union of Journalists, NUJ, speaking through its chairman, Demola Babalola, condemned in strong terms the assault on Mr. Awobode by the Eleyele Police DPO and his men.

Babalola, who was taken aback by the whole development, called on the state Police Commissioner, CP Ngozi Onadeko, to institute a probe into the matter with a view of ensuring that the assualted journalist gets justice and forestalling a repeat of such occurrence by unruly and power drunk police officer in the future.