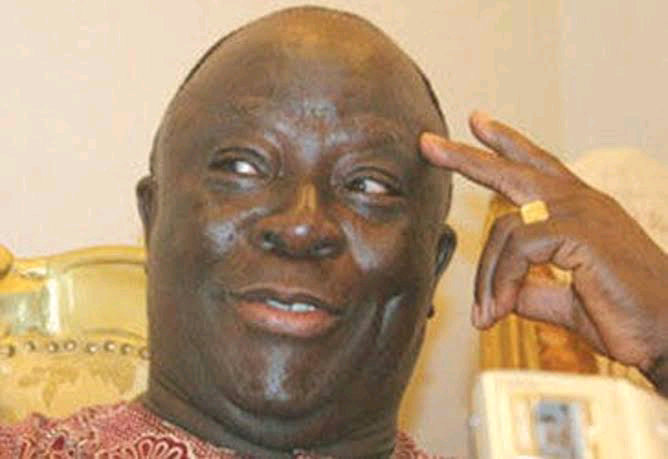 Pan-Yoruba socio-political organization, Afenifere, has thrown its weight behind the declaration of total ban on open grazing by governors of the 17 states in the Southern part of Nigeria.

Afenifere’s position was contained in a statement by its acting Leader, Chief Ayo Adebanjo, and made available to journalists in Ibadan

Adebanjo said, “Afenifere is in total support of the position of these governors, belated as it was. As the saying goes, it is better late than never.”

Adebanjo said that when Benue State Governor Samuel Ortom enacted the law and he was being vilified left and right by the Fulani herders, was when the governors ought to have stood up with him.

Recall that when Ortom was being attacked for enacting the law and he ran to President Muhammadu Buhari, rather than giving him the necessary backing, the President asked him to go and make peace with those who were harassing his people.

The elder statesman said, “That was when other governors should have stood up and speak with one voice. They ought to remember the saying, an injury to one is an injury to all. Their failure to do so then was what gave the herders the audacity to spread their dastardly act to other states to the extent of openly daring the governors.”

Lauding the governors for their present stand, Adebanjo expressed the hope that they would back their declaration with necessary actions.

He added, “Now that the governors have woken up, it is hoped that they would put all necessary machinery in motion to ensure that open grazing is stopped with immediate effect in all the states, particularly in the South. Open grazing is anachronistic, it is obsolete, it is no longer fashionable.”

He added that those who may be opposing the move by the Southern governors should be ignored as they are enemies of progress and peaceful co-existence in the country.

Governors of the 17 Southern states at the end of their meeting in Asaba, the Delta State capital, on Tuesday, outlawed open grazing in their respective states.

In recent years, there have been a lot of clashes between farmers and cattle herders due to alleged destruction that the latter were causing on the farms, but whenever farmers protested, they were often molested sometimes to the point of being maimed or killed, while their women or daughters were raped.

And lately, kidnappers pretended to be cattle herders to perpetrate their evil deeds and it was in order to put a stop to these that made the governors to outlaw open grazing.