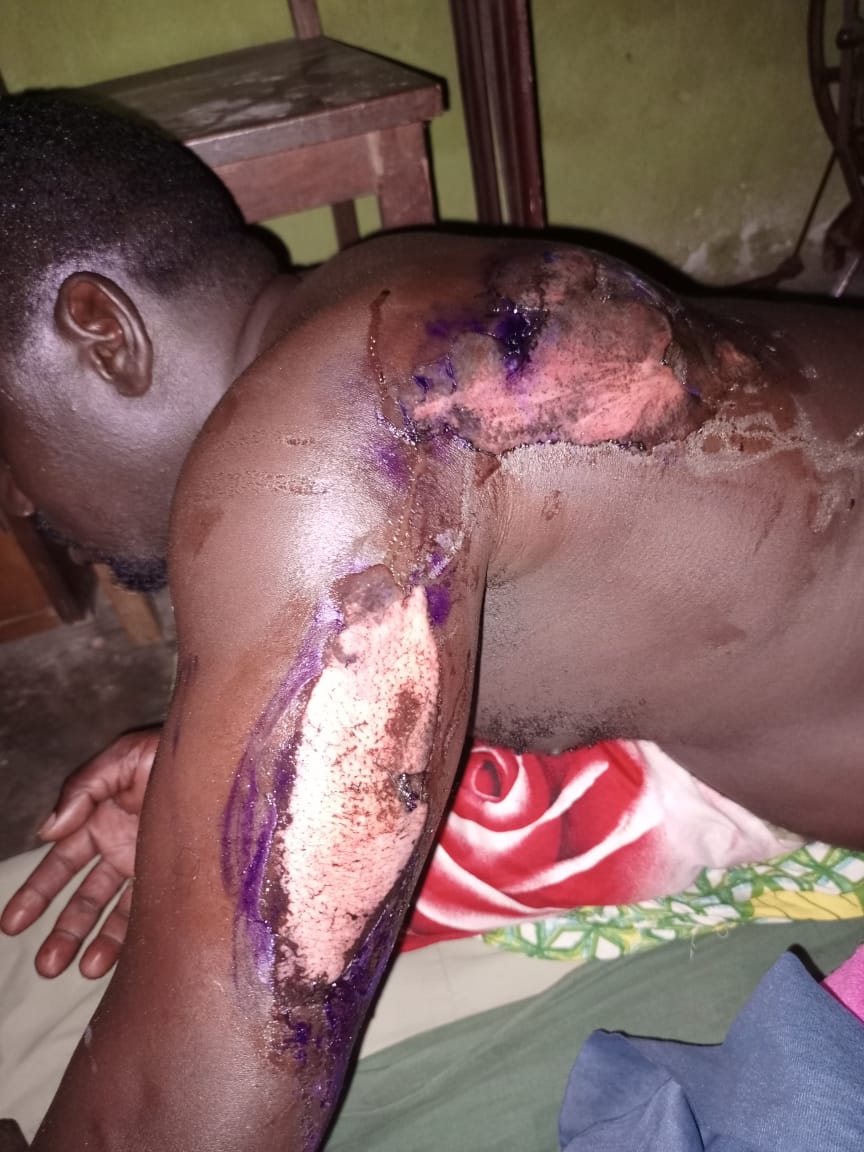 A middle-aged Port Harcourt,Rivers State-based business man, Mr. Terrance Abang, over the weekend charged the Cross River State Police Commissioner, CP, Alhassan Aminu, to cause Yakurr Local Government council chairman, Mr. Ofem Ebri Obeten, to fish out Yakurr Taskforce officials who had beaten him to pulp and inflicted several body injuries on him in Ugep town, as he stopped over at Omilakwa petrol station to by petrol for the vehicle he was driving.

Abang dropped the charge while recounting the ordeal that he went through in the hands of Yakurr Local Government Council Taskforce officials to CompassNG correspondent in a telephone conversation in Calabar.

Abang said, “I stopped over in Omilakwa petrol station, Ugep community, to buy fuel for my car, as I was returning from Port Hacourt, the Rivers State capital and heading towards Ikom Local Government Area of Cross River State.

“To my greatest surprise, a group of young men surrounded my car, just as I finished buying petrol and paid for the product.

“I head them say, ‘Give us your car key,’ probably because they saw some two aged women who accosted me as I was trying to make purchase for they petrol.

“The two aged women said to me, saying, ‘Our son, if you are going towards Ikom, can you assist and drop us at Ochong community in Obubra Local Government Area, since you are going to Ikom.’

Just as I finished explaining to the aged women that I wasn’t a commercial driver, but a car dealer.

“I tried to let both women to know that I was weary and tired and won’t have time to start carrying people up and down, just because I want to assist people.

“The taskforce guys clamped down on me, and began dragging my vehicle keys with me. One of them said, ‘Hand over your car key to our ,hairman.’

“And I said no, because they were dressed in mufti. I rested every attempt to seize the car key from me, because I didn’t know who they were; couple with the fact that they had nothing to identify them as officials of Yakurr Local Government.”

The business man stressed that he was beaten blue black to an extent that he was lifted up by six able-bodied men, who claimed to be officials of Yakurr Taskforce and kept on top of the car bonnet where he was pined down on the hot bonnet for some time and he got his back burnt by the heat from the car bonnet.

According to the victim, upon realizing that he had sustained terrible injuries on his back, the touts hopped into a Toyota Primera and zoomed off.

Abang, who hails from Boki Local Government Area of Cross River State, stressed that immediately he ran to a nearby police station at Ugep and incidented the case of brutality against him by the taskforce officials.

He said, “I am so truamatized, and worried, especially now that schools had resumed, because I am supposed to be traveling back to Port Hacourt with my kids for them to begin school.

“I was traveling from Port Hacourt to Ikom to pick my kids so that they can return to school in Port Hacourt, unknown to me that I was going to meet this kind of misfortune.

“Just look at me lying down now without being able to walk. I want the Cross River State Commissioner of Police, the state Goernor Ben Ayade and the Yakurr council chairman to find these wicked and evil men who got me traumatized; and punish them so that they don’t do this to another traveller who may want to stop over to buy petrol in Ugep.”

He said that immediately he finished lodging the complaint, luckily the Yakurr Divisional Police Officer, DPO, swung into action, but unfortunately the officials of Yakurr Taskforce were no where to be found.

He stressed that following the intervention of the DPO and some council officials, he was rushed to a nearby pharmaceutical shop where he was given first aid to enable him continue his journey to Ikom.

According to the victim, upon returning back to pick his car, where it was a abandoned while he went to receive medical treatment, the battery of his car had ready been stolen.

He said that it took some hours before the police were able to recover the motor battery for him to enable him continue his journey to Ikom Local Government Area.

In a telephone conversation with the chairman of Yakurr Local Government Area, Mr. Ofem, he expressed worry over the incident, stating that he was not in the council area when the incident occurred; adding that he just returned to the town from where he travelled for an official engagement.

He said, “I was not even in town. I was told an incident like that happened. I thank God that the matter was reported to the police, who finally got the matter resolved.

“Ugep is one of the fastest growing cities in Cross River State, where visitors used to visit. I won’t support any act of violence. I thanked God for the police intervention and the recovery of his vehicle battery.

“On my part, I would try to find out who these people are and ensure that such dosn’t occur again.”

Commenting on the issue, the Cross River State Police Public Relations Officer, PPRO, SP Irene Ugbo, stated, “As we speak, the police is yet to get a full detail of what took place. However something would have to be done once we are able to unravelled the mystery behind what transpired and ensure that those behind this crime are adequately punished.”