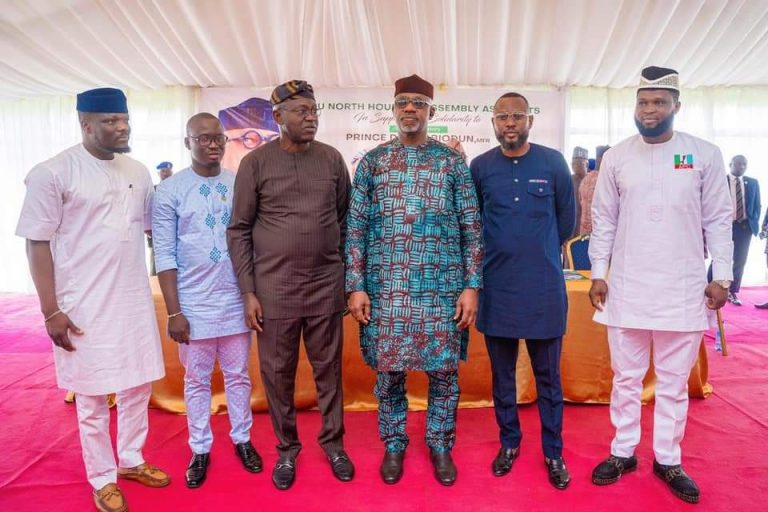 Four All Progressives Congress, APC, aspirants for the state House of Assembly from Ijebu North state constituencies, have declared support for the reelection bid of the governor of Ogun State, Prince Dapo Abiodun.

The aspirants, who met and pledged their support for the governor on Thursday, in Abeokuta, the state capital, donated 500 solar street lights to the state government.

Abiodun Odutayo, who spoke on behalf of the donors, noted that they would remain committed and loyal to the party in the state, insisting that they would put in their best towards ensuring the success of Governor Abiodun in the 2023 election.

Commending Governor Abiodun for his massive infrastructural development across the length and breadth of Ogun State, Odutayo said that the donation of the 500 solar street lights was just the beginning of their support, saying that the second phase of their support would see them move to schools in the state.

Receiving the solar equipment, Governor Abiodun commended the donors for their spirit of sportsmanship.

Prince Abiodun said that the aspirants have displayed unparalleled commitment and loyalty to the party, even after they lost the party ticket.

The governor noted that Ademola Osofodunrin, Adeshina Oluwaseun, Adesanya Adekunle and Abiodun Odutayo, are rare breeds of politicians, who despite losing the party ticket did not leave the APC.

He declared that the quartet would become a reference point for others in the state.

Describing the gesture of the aspirants as “selfless,” Abiodun called on other aspirants to take a cue from them.

The Ogun helmsman noted, “I am hoping that other aspirants will look at you and emulate you, they don’t have to go and invest in solar panels, but let them just see this disposition of yours and take a cue from it, because it is not common. It is an uncommon wisdom that God has given you, when people contest and don’t win, they just jump ship, you have done very well.”

The governor, who said that he won’t forget the gesture from the aspirants, said that the donation is the first he would be receiving from anyone for his second term bid.

Prince Abiodun enthused, “I will not forget this gesture, this is the first of its kind since I have become governor, you are the first set of aspirants to donate to our course, I have received donations from campaign, vehicles by different local governments, but, this is the first donation I am receiving from aspirants towards this election.”

The leader of the APC in the Gateway State, who noted that the party is finalizing the preparation for the campaign in the state, said that they will ensure every member of the party has a role to play in the campaigns.