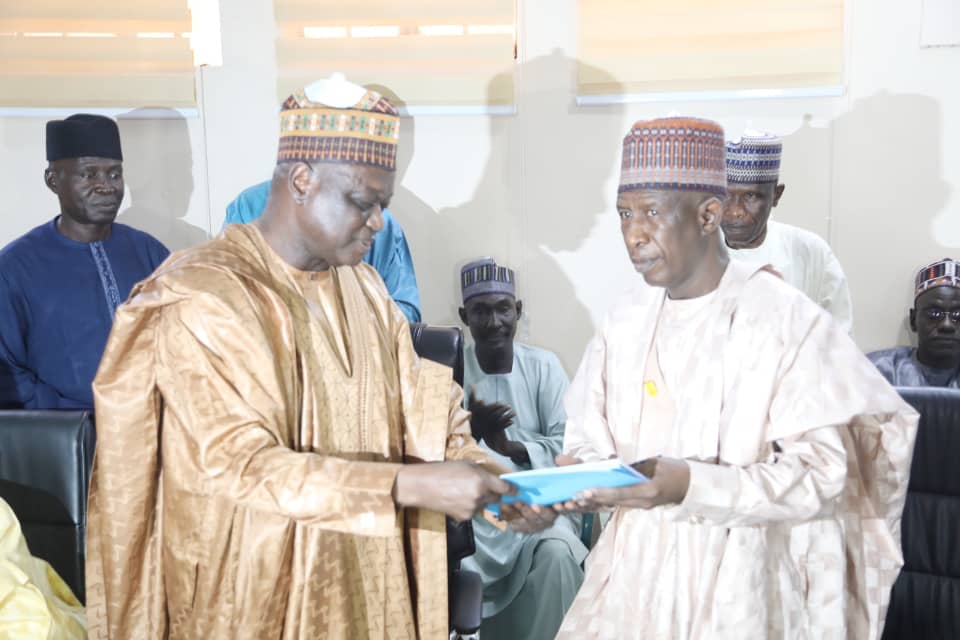 Speaking at the handing and taking over ceremony at the state Secretariat in Maiduguri on Friday, Malgwi thanked God for seeing him through and expressed gratitude to Governor Babagana Zulum for giving him the opportunity serve as Head of Service.

Malgwi also thanked the state Deputy Governor, Hon Umar Kadafur, the Secretary to the State Government, Permanent Secretaries and the entire state civil service for the support accorded him to deliver in the onerous task.

He added, “I also want to thank my family and friends for their support.”

The outgoing Head of Service, who has been given new appointment as  Special Adviser, SA on Legal and Administrative Matters to Governor Zulum, further thanked the governor, reiterating his commitment to continue to do his best.

While speaking on his working experience with his successor, the outgoing HoS elogized his successor, who he said remains a capable hand that possessed the capacity to deliver.

In his remarks, the acting HoS, Barr Fannami, also thanked God and Governor Zulum for the appointment and promised to build on achievements of his predecessor.

He urged civil servants to ensure promptness and discipline at work for maximum result in reciprocation of government’s support in transforming the civil service.

He said, “We need need every capable hand.”

Describing Malgwi as a hard working and level headed gentleman, Gubio said that his successor also have the capacity to continue from where Malgwi stopped.

Speaking on behalf of Malgwi family and friends, Mr Pindar Ndahi, also eulogized both the outgoing and incoming HoS, urging everyone to lend public support to the personalities in their new assignments as SA and acting HoS.

Also commenting, the Personal Assistant, PA, to the former HoS, Mr. Yoksa Malgwi, thanked Governor Zulum for the support towards repositioning the ccivil service, and the new appointment of Barrister Malgwi to continue his modest contributions to the good policies and programmes of the Zulum administration aimed at taking Borno State to greater heights.

Other personalities who spoke at the occassion included: Chairman of Borno State Universal Basic Education Board, BOSUBEB; representatives of Permanent Secretaries, among others.