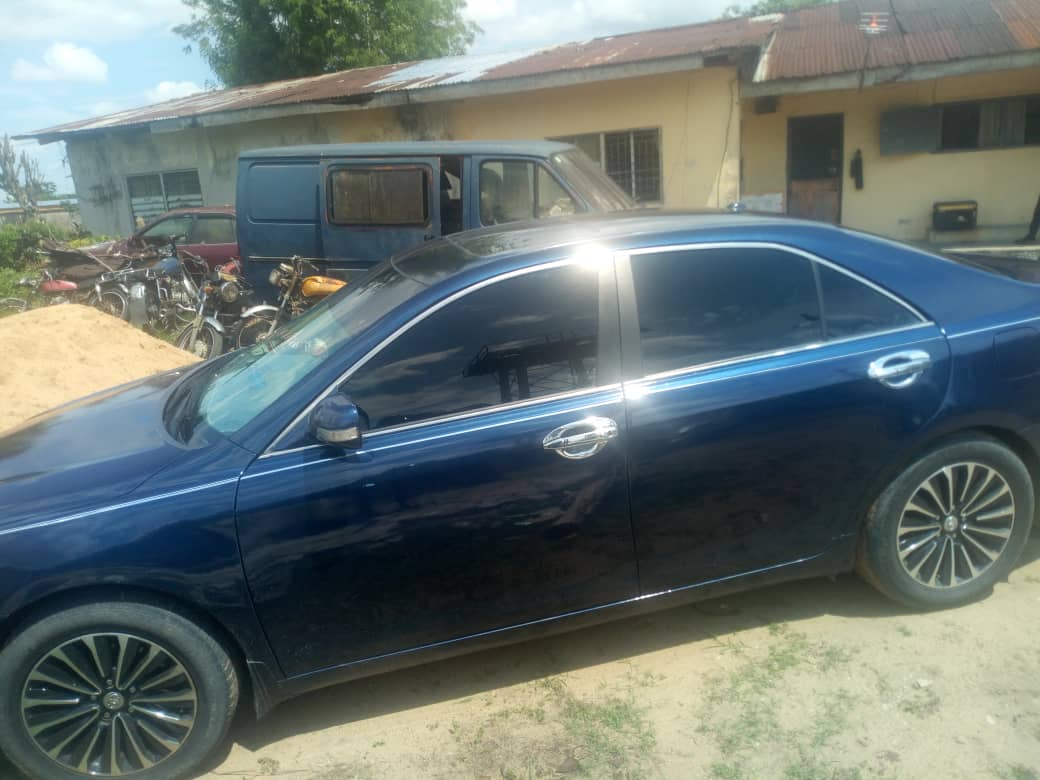 The five men, who claimed to be students of the University of Calabar, are currently being investigated by the police authority to ascertain if they have any criminal records in the past to enable the police charge them to court.

Among the five who are in police net for driving a 2010 Toyota camry with fake tinted glass car permit, are three Imo State indigenes, one indigene of Akwa Ibom State and one CrossRiverian.

The Imo state indigenes include: 24-year-old Mr Anyanwu Lawrence, who claimed to be a 300 level student of computer science in the University of Calabar; 24-year-old Uzoho Collins-Chinedu, and 22-year-old Mr. Anyanwu Nobert Chinedu.

Other two who were also arrested alongside with the three indigenes of Imo State while driving the tinted glass blue-color Toyota Camry 2010 model, include one Mr. Emobong aged 27, an indigene of Akwa Ibom State and 28-year-old Cross Riverian, Mr Joel Stephen Nneji.

As of the time of fielding this report, the Investigation Police Officer, Mr. Richard Asinya, declined making comment on the issue, stressing that the police cannot for now say anything until investigation is completed.

In his reaction, the driver of the Toyota Camry car, Mr Lawrence Anyanwu, who claimed to be ignorant of the forged tinted glass documents stated that he and his friends weren’t criminals.

He said that the Camry car was given to him by his father who is a Lagos State businessman, to use for school.

In his remarks, the Cross River State Police Commissioner, Mr. Sikiru Akande, threatened to charge the suspects to court should they be found wanting after the completion of investigation by the IPO.

He said, “I told you people last time during the last press briefing with the media that 80 per cent of crime committed in Cross River State is perpetrated by non indigenes.

“This is why I want all Cross Rivverians home and in diaspora to join hands with the state police command to fish out all criminals, no matter where they hide.

“It’s a small issue, if every one who reside in the state decide that criminality would not thrive in this state. The criminals would all run away. Unless we decide to harbour them, that is when they can hide.

“The police have vowed to smoke criminals all out from this state. Cross River State under my watch can never, and will never be a safe heaven for criminals.”