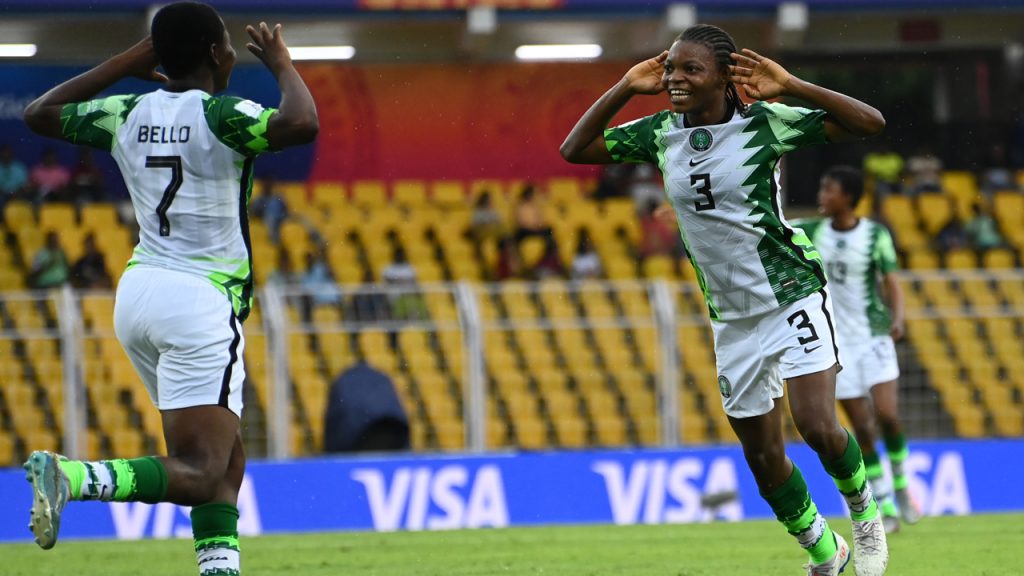 …Proceed To Semi-Final On 4-3 Penalties

Nigeria’s national Under-17 female team, the Flamingos, have qualified for the semi-final of the ongoing 2022 FIFA U-17 Women’s World Cup in India, after defeating the United States of America, USA’s Under 17 female team, on Friday.

The Flamingos won 4-3 on penalties, after a 1-1 draw in regulation time of 90 minutes.

Nigeria took lead just 25 minutes into the match through an Onamuzo Edafe strike.

A VAR review had confirmed a foul on Amina Bello, and the referee wasted no time in pointing to the spot for a penalty kick.

Thereafter the Americans piled pressure on the Nigerians, and their efforts were rewarded just before the half-time mark.

They equalised in the 40th minute through Amalia Martina Villarreal’s strike.

Both teams began the second half, trying to get a second goal, but it never came; resulting in a penalty shootout to decide who goes into the semi-final.