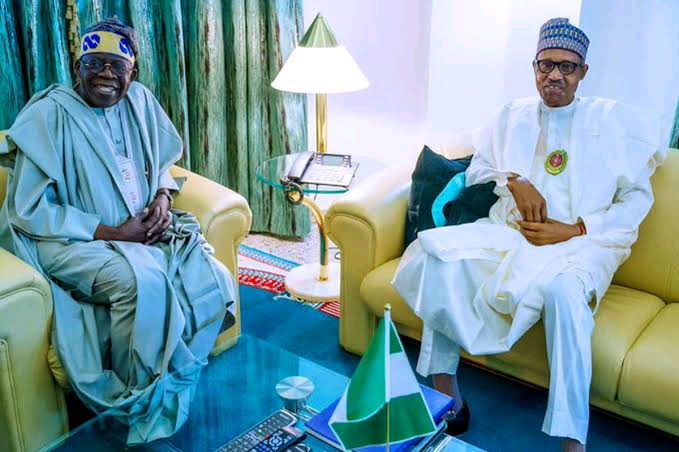 President Muhammadu Buhari on Friday inaugurated the Presidential Campaign Council, PCC, of the All Progressives Congress, APC, in Abuja, thus signalling the formal launch of the party’s campaign season.

In a related development, the presidential candidate of the party, Asiwaju Bola Ahmed Tinubu, and his running mate, Senator Kashim Shettima, unveiled their Action Plan for the transformation of the country, if given the mandate to govern.

Tinubu said, “Our nation’s history affirms that our people constitute our most valuable treasure. Whether the hardworking farmer, the industrious market woman, the dynamic young entrepreneur or the hopeful child, Nigerian people rank among the best anywhere. They excel in every aspect of human endeavour when given a fair chance.

“Senator Shettima and I have traversed every part of our beloved nation, listening to the concerns of our fellow citizens. Young and old, poor and rich, educated and uneducated, Christian and Muslim; all have expressed their views and concerns. People do not seek superficial answers to hard questions. Nor do they want the broken, unimaginative, failed promises repackaged and fed to them again. They want true and innovative solutions which address the challenging realities of today.

“Our party, the All Progressives Congress, APC, was founded on the premise that the people of our beloved country are entitled to the benefits that only progressive good governance can procure.”

The APC presidential candidate said that having listened to the yearnings of the people, he is emboldened to change their stories for good, the same way he did in Lagos State as governor for eight years, while putting together the best team.

He added, “When I was governor of Lagos, my team and I developed institutions and policies that changed the face of the state. It became a safe place for its residents and an engine of prosperity for all those willing to work in pursuit of their economic dreams. What my team and I achieved in Lagos, together we all can achieve for Nigeria. Our objective is to foster a new society based on shared prosperity, tolerance, compassion, and the unwavering commitment to treat each citizen with equal respect and due regard.

“The current government has made important inroads. When it came into office, the Buhari government met situation in which terrorists had planted their flags and claimed Nigerian territory as their own. The Buhari government eliminated these incursions against our national sovereignty, bringing peace to many areas. Thousands of formerly displaced people have returned home to rebuild their lives.

“When I entered office as governor of Lagos, the state was crime-ridden. Safety was uncertain. The population was fearful. With bold, no-nonsense crime prevention reform and creative institution building, we won back our state. It became a safe and secure place to live and to do business. I shall bring the same determined, problem-solving spirit to solving insecurity at the national level.

“Our administration will be committed to permanently securing the safety, freedom and prosperity of all Nigerians.”

He said, “Police reform will be focused on positioning the institution to better deliver on its primary duties of community policing and maintaining law and order, through crime fighting and prevention.

“Police personnel will be freed from extraneous duties such as VIP security and guard duties. VIP Security and provision of security for government buildings, installations and other critical assets will be transferred to the Nigeria Security and Civil Defence Corps, NSCDC. The NSCDC shall be evaluated and reformed to be better integrated with our internal security apparatus.”