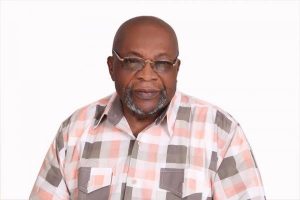 The Ekiti State governor, Dr Kayode Fayemi has described the death of former Vice Chairman of the National Democratic Coalition NADECO, Dr Arthur Nwankwo, as a huge loss to the  pro-democracy family and the country at large.

Dr Nwankwo, also the founder and Chancellor of the Eastern Mandate Union, EMU passed on on Saturday. He was aged 78 years old.

Governor Fayemi in a condolence message, signed by his Chief Press Secretary, Mr Yinka Oyebode, described the late Dr Nwankwo as one of the country’s foremost rights activists and a patriot, who defied all odds in the battle against military dictatorship, which led to the enthronement of democracy in the country.

Describung the late activist as a man of many parts – an intellectual, rights activist, prolific author, humanist  and a pan-Nigeria leader, who was ever at home with the ordinary folks,Fayemi recalled Dr Nwankwo’s major contributions to the agitation to end military dictatorship and enthrone democracy in the country, saying that the former NADECO chieftain would be remembered for his uncommon painstaking and analytical approach to knotty issues, as well as his firmness, frankness and forthrightness when taking decisions.

The goveenor said, “Nigeria and indeed the civil society has lost a rare gem. Dr Nwankwo loved his people and his country so passionately, he would do everything humanly possible to ensure their freedom and prosperity in a free, just and decent society.

“Dr Nwankwo left no one in doubt regarding his stand on Nigeria, especially the unity and progress of the country. He was a bridge builder, who worked with others to confront military dictatorship; an irrepressible advocate of good governance, rule of law as well as a just society.

“We will miss the deep and insightful analysis of this great pan-Africanist on critical national issues, his courageous voice as well as his wise counsel.

“We are however comforted with the fact he lived an impactful life, made his mark and left a legacy of service and honour which will inspire many generations.

“On behalf of my family, the government and good people of Ekiti State, I extend condolences to the children and family of our dearly beloved Dr. Nwankwo. His was a life well lived in the service of humanity. May God grant him eternal rest.”