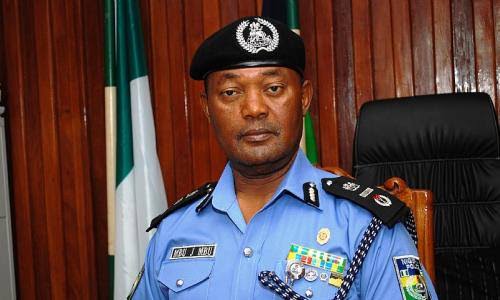 The judicial panel of inquiry on Police Brutality and Restitution, sitting in Calabar, the Cross River State capital, has ordered the Nigerian Police and retired Assistant Insoector-General of Police, AIG, Joseph Mbu, to with immediate effect release corpse of late Ayok Etta to his family for burial.

The panel also ordered Mbu to allow Etung paramount ruler, His Royal Highness, Ntui Atue Dr. Emmanuel Oru Ojong, to access his community so that he can spend Christmas and New Year with his kinsmen.

Chairman of the panel, retired Justice Emmanuel Edem, gave the orders at the end of the last sitting of the panel for 2020, where serious brainstorming took place between counsel to the petitioner, Fakuta Nachamada & Associates and counsel to the respondent, Otu Ubangha Ubi Esq., at the Conference Hall of the Cross River State Ministry of Justice yesterday.

Nullifying the purported banishment of the Etung paramount ruler, Dr Ojong, who claimed he was chased out of his domain two years ago, denying the royal father access to his domain, infringes on his fundamental human rights, as enshrined in the constitution of Federal Republic of Nigeria and ordered the police to grant him unfettered access to his domain/ancestral home where he could interact freely with his kinsmen, instead of remaining outside his domain like a fugitive.

The order was sequel to a petition submitted to the judicial panel by Dr Ojong through his counsel, seeking for redress in the injustice done against him by the respondent.

In the petition numbered JUD/PAN/INQ/057/2020, summited to the panel on November 4, with the title; “Intimidation, Harassment, Detention and Usurpation of the Functions of the Paramount Ruler of Etung by Rtd. AIG Joseph Mbu,’ through the use of men of the Nigeria Police, the petitioner urged Mbu and his cohorts to refrain from intimidating the monarch.

Part of the petition reads, “On December 24, 2018, during the Christmas Eve celebration, masquerades were in display along Bendeghe-Ekim/Abia road.

“Retired AIG Joseph Mbu Joseph stopped his convoy, and personally shot at and killed one Ayuk Etta Etta, who was rubbing charcoal on his body in preparation to wear masquerade costumes.

“Boys present carried the corpse of Ayuk Etta Etta and took it to retired AIG Mbu’s house at Abia.

“Upon sighting these boys, Mbu ordered his policemen to shoot, and they started firing, and the bullet hit one of the locals, Oyom Ngon, on the leg, which became bad that it had to be amputated.

“The Director of Public Prosecutions recommended the prosecution of AIG Mbu, however, he used the police and intimidated witnesses from coming forth to testify.

“In January 2019, AIG Mbu preferred 20 trumped up charges against our client, found him guilty and fined him N10 million naira, four live cows or else our client’s cocoa farm would be seized.

“On the 8th February 2020, he caused the broadcast purportedly exiling our client from Abia community.

“Retired AIG Mbu has harassed and intimidated our client, using policemen and our client had to run away from his domain and is presently seeking refuge in Ikom.”

According to the petitioner, the retired AIG has no right whatsoever to be useing policemen, who were being paid with taxpayers’ money to intimidate, harass, and kill the same citizens, whose taxes were used by the government to fund the police.

The petitioner demanded for thorough investigation into the allegations levelled against retired AIG Mbu and his policemen and possibly for an autopsy on the body of late Ayok Etta Etta, so that Mbu can be made to face the full weight of the law and possibly make restitution and be persecuted for wrongfully banishing the Etung monarch.