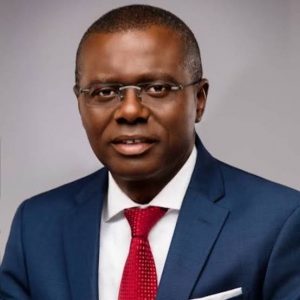 The recent ban placedon the operatons of motorcycles and tricycles, popularly known as okada and keke Marwa, respectively, by the Lagos State government has been described as “insensitive, wicked, rash and deliberately vindinctive.”
A non-governmental organisation, NGO, The Concerned Lagosians, in a press release issued on Sunday and signed by its Coordinator, Hon. Babatunde Joseph, said “Typically of the successive governments in Lagos State, they rushed into hasty, unreflective decisions indifferent to the consequences and the impact on the electorate.
“Young men and women, who were forced to ride Okada and Keke Marwa because of the  harsh unemployment situation are now cruelly thrown out of their only means of survival to feed their families.
“What kind of a government that claims an alleged mandate of the people will treat law abiding, well meaning Nigerians with this kind of arrogant contempt? It befuddles. It overturns rationality.”
The group further averred that perhaps the Lagos electorate are treated with this brazen ‘go to hell’ autocratic condemnation because they were swindled at the ballot anyway.
Joseph said, “The cop out about the peripheral few using these necessary means of transportation to commit crimes does not cut it. It is no defense, but a woolly headed , thoughtless refuge.
“Equally, the point  about  this crucial transportation system being susceptible to accidents is also invalid.
“Already, thousands of commuters were stranded yesterday because of inadequate transportation system in a widening metropolis. The Okada and the Keke Marwa riders fill this lacuna. Now commuters must trek endlessly in the sun to get to their various destinations. This is not right.
“What the governemnt should do if it is  thinking at all is: enforce the training of the riders, insist they get some kind of riding license, mandate seminars and other enlightenment campaigns to enhance the riders effectiveness.
“Taking away their livelihoods in this abrupt,  tyrannical manner is dangerous, unkind, cruel and it is implicitly creating an incubation of potential criminals.
“This should be reversed immediately, lest we all become victims of hordes of unemployed youths, who may be forced into unsavory activities to survive.”