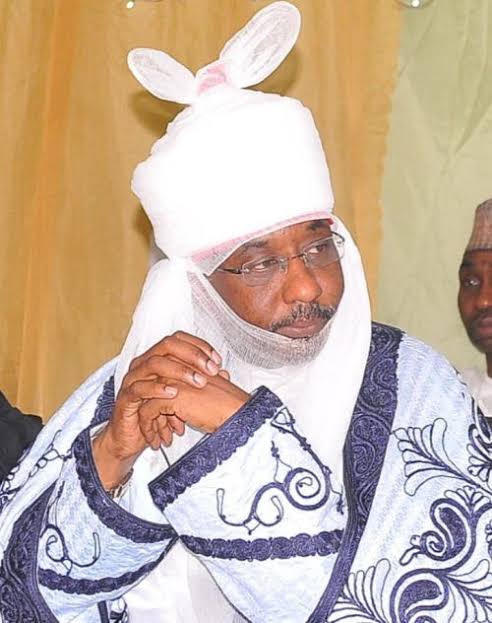 Needless to focus on those who believe that slave trade has not ended, or the slave masters, who think that life and death should be at their pleasure, even in constitutional democracy!

Inspired by reckless megalomania at its sadistic helm, a governor dethroned and banished another citizen! Assuming he has the power to dethrone, does he has the power to banish? And ridiculously, to a place more 500 kilometres outside his jurisdiction?

Any more proof that even though we had left the Stone Age, the Stone Age has not left us? A period is regarded as dark age, not because the period is dark, but that the people could just not see light.

Where, inspite of our federalist constitution does a non-judicial governor appropriated judicial powers and combined it with that of executive, in order to cruelly initiate and enforce illegal order on other citizens? The future of such democracy is bleak!

No one is save in a democracy that hands over bows and arrows to powerful mediocres! A mad man with cutlass in his hand has a fatal advantage over the rest of us in a state where anomie rules!

The North as a region in Nigeria is in dire strait because omnipotently powerful mediocres have taken the reins of power, expanding the pool of the poor, stifling opportunities and impeeding access to social justice. They have no solutions to the plight of over 10 million out of school children. They do not give a hoot about more than two million children in internally displaced persons’ camps that litter the region. To them, respect for hegemonic constituted authority is worthier than tackling pervassive drug abuse, banditry and halting the infernal machine of terrors that have created multitude of orphans, widows and widowers.

Every arsenal is being directed at bringing down opposing voices that preach the gospel of liberation and liberty. Emir Muhammadu Sanusi II is the new mega casualty of emperors that are bent on sustaining feudal servitude. He is knocked down, but not out.

Though the Northern Star falls in mud, its light does not get extinguished. It’s constant! It shall shine again to give light to millions in arid wilderness of waste and ignorance produced by bad governance and poor policies.

More strong voices must rise against practices and policies that continue to hold down the North as epicenter of girl-child deprivation, poverty, disease and violence. The problems must be confronted and defeated head on. Those who think that tokenism, like awarding scholarship, can solve the problem of the North do not understand its deep rootedness.

Only strong voices like that of Sanusi can offer intra-salvation to the poor majority the elites has buried in the nadir of servitude: caged with coffin of feudalism and marooned with avalanche of brutal culture-sanctioned repression, powered by religious dogmatism. Ask yourself why the Northern elites send their biological children to obtain formal education, but endorse the absolutism of Islamic education for the children of the poor?

The worse that Sanusi advocated is combination of the two, at least for a limp of progress. Courage to run against the rule is a rare commondity among the privileged, who have everything going for them like Sanusi. He could afford to be silent and spend fifty years on the throne, like his predecessors without scuffles with any powerful mediocre, but he choose to be a loud lone voice in the wilderness of arid desert. Every choice has consequence! Sanusi has to face his.

To those who understand, consequences are blocks with which those with noble goals lay the foundation for generations they may not see. Saint? Sanusi is not one! He is a champion of change in a world, where, painfully, chain has become synomn of change. History may have repeated itself in Sanusi’s dethronement. That’s a mere footnote! The kind side of history will offer its back for Sanusi to lay on; he will be remembered as a royal warrior, who fought to snatch his people from the jaws of jackals, who breastfeed their own puppies, but feast on the lads of rats!

Yes, he lost the crown of throne, but he retains the crown of courage. He has no reason to be downcast. Future does not belong to those apathetic crowd, who lose their voice against repressive regime. It does not belong to the timid and the fearful. Future belongs to those who are not content with people’s common problems. The future belong to those who stake their honour and crown for emancipation of others. In that future, Sanusi’s name is etched in gold!

•Olajuyigbe, a Humanitarian, Conflict and Emergencies expert, writes from Abuja.