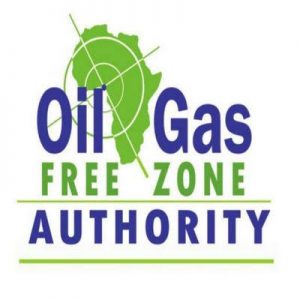 The National Industrial Court will on February 27, hear a motion filed by Funmilayo Omosule, a suspended staff of the Oil and Gas Free Zone Authority, OGFZA, against the agency, seeking an order of the court for applicant to be placed on half-salary, in accordance with the civil service rules.

Omosule, in the motion, had alleged that he was not placed on half-salary in accordance with civil service rules since the defendant decided to suspend him in April 18, 2011 as mandated by law.

The judge hearing the matter, Justice Olufunke Anuwe, gave the new date at the instance of the counsel to the applicant, Mr Mukhtar Usman.

Usman had called the attention of the court to his client’s application seeking the payment of his half-salary in line with the provision of the civil service rules, pending the final determination of the substantive suit, which questions the propriety of his suspension by OGFZA.

Sating that it was in the interest of justice for the court to decide the application before determining the substantive suit, Usman, however, added that the prospect of hearing the application at the day’s sitting was bleak.

This, he said was because the defendants had yet to respond to the application, which was filed on January 22.

He said, “My Lord, we aware that the defendant counsel, Mr Michael Ajara, was entitled to seven days within which he could response, suffice to say that the defence team is still within time to respond to the application.

“In the circumstance, we shall be asking the court to give us a short adjournment to allow the defendant to respond to our application.”

Omosule and OGFZA had been locked in fierce legal battle to resolve the legality or otherwise of the plaintiff’s suspension, following his petition against some management staff of the agency over alleged corruption.

OGFZA had via a letter dated April 18, 2011, suspended Omosule as the manager of its Abuja office, citing his refusal to comply with its letter dated December 3, 2010, directing him to present the originals of his credentials for verification.

But the plaintiff refuted the claim of the authority, stating that he had made available to the defendant, Certified True Copies, CTCs, of his educational certificates/credentials, including GCE ‘O Level certificates and degree certificates as instructed.

Omosule further averred that the CTCs of his certificates submitted to the defendant as a the time it rwquested for the originals, were certified by the issuing institutions, which included the West African Examination Council, WAEC, and the University of Ado-Ekiti, then Ondo State University.

He is therefore seeking an order of the court declaring that he was still a staff of OGFZA, and is thus entitled to all right, previledges and benefits due to him by reason of his employment.

He is also seeking for the court’s order directing the defendant to reinstate him to the position of a director, on grade level 17, a position he claimed his contemporaries were currently.

Lekan Balogun Is Next In Line To Olubadan Stool -Ladoja